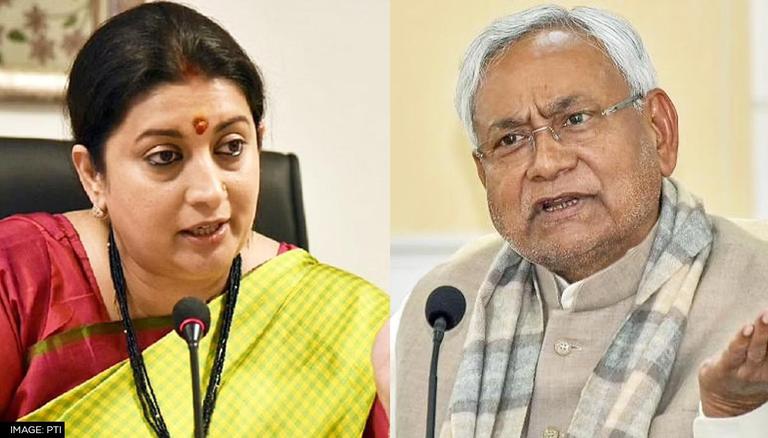 The BJP leader was here to attend a party symposium based on the book "Modi@20" where her cabinet colleague Giriraj Singh, former minister Ravi Shankar Prasad and Rajya Sabha member Sushil Kumar Modi were among those present.

"In this state, barbs are being hurled at Prime Minister Narendra Modi by those who always lean on others to form a government," said Irani, in an obvious reference to Kumar, whom she did not mention by name.

Kumar snapped ties with the BJP last month, accusing it of trying to break his JD(U), and retained power by aligning with the RJD, Congress and Left combine.

"Modi's political rivals desperately want power in 2024. But they do not realise that there are many aspirants for the post of Pradhan Mantri but only one who is happy to remain Pradhan Sevak," said the BJP leader.

"The Pradhan Sevak functions in the corridors of service and he will return in 2024 with full blessings of the public," the Union minister said.

Her comments came as a rebuff to attempts at forging opposition unity by the state's longest serving chief minister who, however, has been ruling himself out as a Prime Ministerial candidate.

Irani, whose speech was preceded by the address of Vinod Tawade, BJP national general secretary who has recently been made in charge of Bihar, referred to the latter's mention of 2013 serial blasts at Gandhi Maidan here.

"Bombs had gone off at the venue of Narendra bhai's rally. But the explosions had convinced the people that there is something in the leadership of this man which is causing his detractors to go to any extent," said the Union minister.

Irani also made an indirect reference to taints of corruption and criminal cases against ministers in the cabinet and the recent freak shooting incident at Begusarai, in which one person was killed and many were injured.

"Political adversaries of Narendra Modi are of such controversial conduct that it becomes a topic of discussion across the country. These political rivals seem least bothered when blood of innocent citizens is spilled on the roads," the BJP leader added.