Here is his claim: The letter reads as follows:

Following our telephonic conversation regarding government formation in the state of Jammu and Kashmir, I hereby formally stake my claim for Government formation in the State with the support of BJP and more than 18 other elected members of the J&K State Legislature, which is more than the required number of members making a majority in the State Legislative Assembly. I shall submit the letter of support from the BJP Legislature party and other members supporting the government headed by the undersigned as and when asked to do so by your excellency.

I assure your excellency that with the support I have from the BJP and other members of State Legislature, I will form a strong and politically stable government for restoring peace, harmony and prosperity in the State and would work towards overall development in all three regions of the state.

And here is the letter Mehbooba Mufti has sent to the J&K Governor staking claim to forming a government, backed by the National Conference and the Congress: 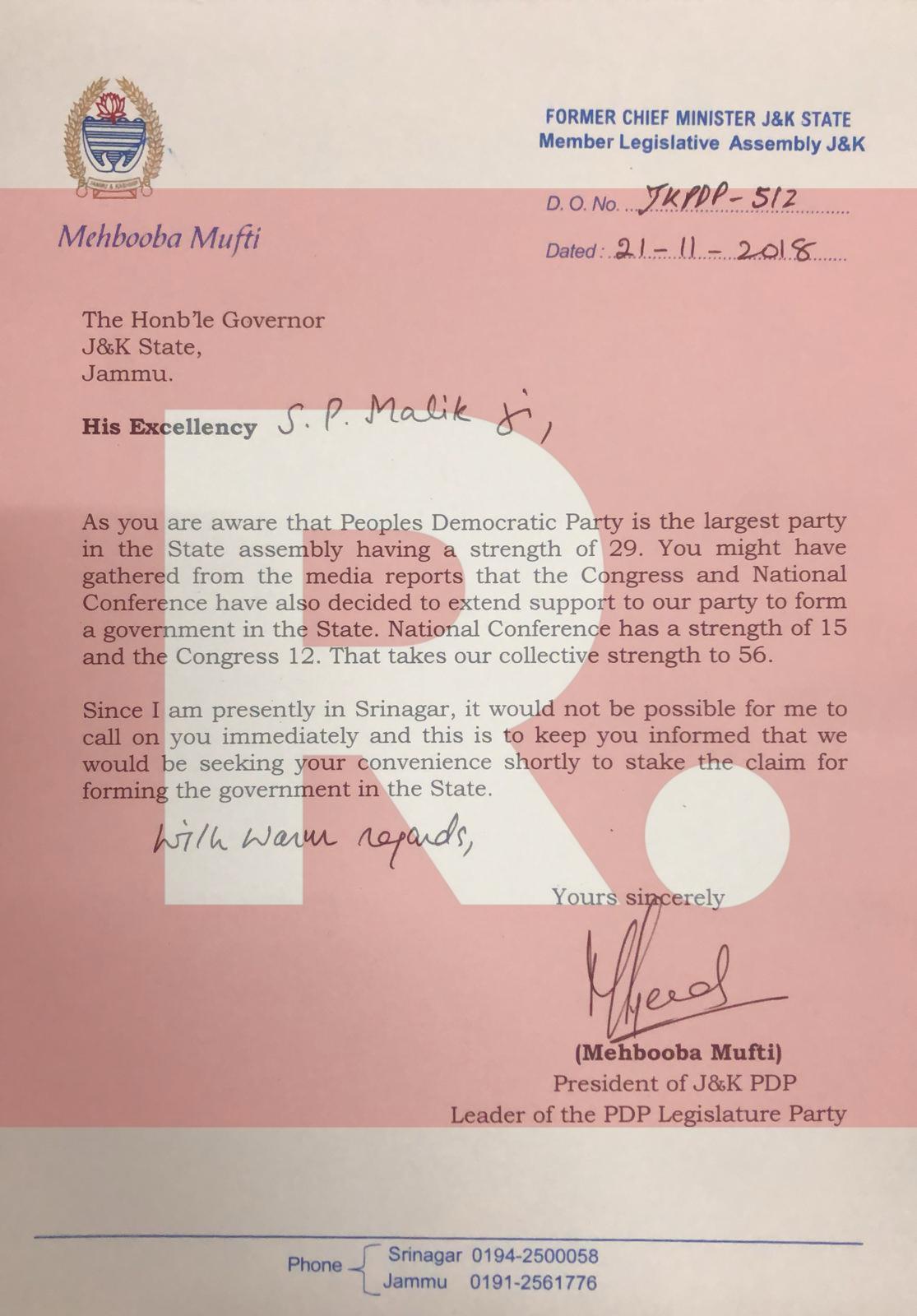 It was in June, following the Ramzan ceasefire, that the BJP had pulled out of the PDP-led Jammu and Kashmir government that had been in power in the state since 2015, initially under the Chief Ministership of Mufti Mohammad Sayeed, and following his demise in January 2016, his daughter Mehbooba Mufti.

At that time, when the J&K government had fallen, National Conference chief and former J&K CM Omar Abdullah had issued a call for immediate assembly elections in the state. After that, even as the state was put under Governor's rule, as per sources, a number of meetings had been held with a view to forming a majority alliance in the state.

In the 2014 J&K assembly elections, the PDP had emerged the biggest party with 28 seats, the BJP was second biggest with 25, the NC was third with 15 and the Congress had 12 seats. The J&K Assembly has a total of 87 seats with 44 needed for a majority.