A day after PM's announcement, Union Min Hardeep Singh Puri took a dig at Delhi CM Arvind Kejriwal for demanding the 'formula of the vaccines' from the Centre 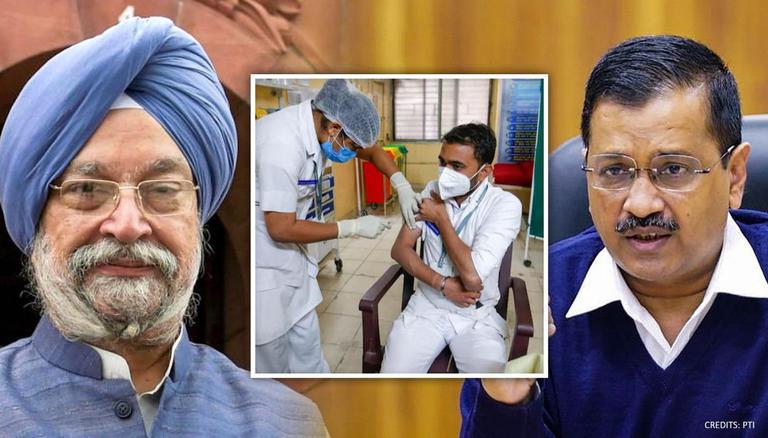 
A day after PM Modi announced a new vaccine strategy for India in the fight against COVID, Union Minister Hardeep Singh Puri took a dig at Delhi CM Arvind Kejriwal for demanding the 'formula of the vaccines' from the Centre. Arvind Kejriwal, along with the CMs of other states, had clamoured over the procurement of COVID vaccines and had called for decentralisation of the process, only to get rejected by vaccine makers on their individual attempt to procure and return blaming the Centre over the supply. On Monday they had welcomed the re-centralisation of the policy.

During his address to the nation on Monday evening, Prime Minister Modi had pointed out the changing stance of several state governments in terms of the COVID-19 vaccine when it comes to procurement and administration. He added that many states forced the Centre to follow a decentralised way for the vaccination. However, he later noted that the states are now taking a U-turn on the same, thereby changing their stand.

Referring to the period between January 16 and May 1, PM Modi asserted that the vaccination drive was going on and being monitored by the Centre. However, he said that states later started demanding decentralisation in the midst of vaccine drive. PM Modi further added that after the Centre later decided to change the vaccination process and allow states to carry it forward. Furthermore, he remarked that the states again backtracked and started accepting that the previous arrangement was better.

PM Modi on Monday announced a 100 per cent centralised vaccination drive that will be implemented within two weeks. Additionally, he announced that the decentralized policy which began in May 1 will be scrapped. He added that the Centre will account for the procurement of 75% of COVID-19 vaccines from the manufacturers and provide these free to the States for inoculation. The remaining 25% would be available for private players, with a cap on the service charge.