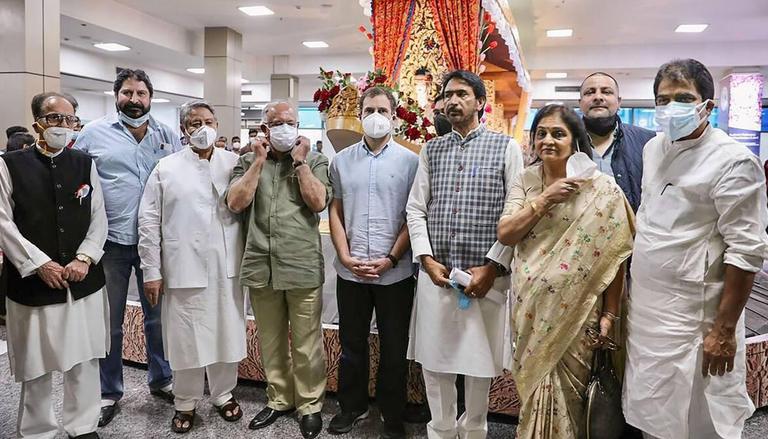 
The Congress party on Saturday made major organizational changes in its Jammu and Kashmir unit by appointing a host of members as the party's spokespersons in the Union Territory. The Congress leaders that have been elevated in the JKPCC include former MLAs Bashir Ahmed Magrey and Ashok Dogra, Deepika Singh Rajawat, Dr Rashid Chaudhary, Kapil Singh, Sahil Sharma and Amir Sheikh.

Congress announced on Twitter that JKPCC President Ghulam Ahmad Mir has approved the proposal to appoint the said leaders as spokespersons of the party with immediate effect.

Hon'ble JKPCC President Shri @GAMIR_INC had approved the proposal of the appointment of Spokesperson of Jammu and Kashmir Pradesh Congress Committee, with immediate effect pic.twitter.com/L6kfdsKoDA

The appointment of spokespersons may be seen as a move to strengthen the party's core ahead of elections that are likely to take place next year.

Notably, the last Assembly election in J&K was held in November-December 2014 which threw up a hung Assembly. In the 87-member House, PDP had 28 members, BJP 25, NC 15, and Congress 12. On March 1, 2015, PDP founder Mufti Mohammad Sayeed took over as the Chief Minister after PDP and BJP forged a post-poll coalition. After his untimely death in January 2016, his daughter and PDP president Mehbooba Mufti took oath as the CM on April 4, 2016.

However, the region again witnessed political instability after she resigned on June 19, 2018, post BJP pulling out of the alliance. When PDP, NC and Congress decided to join hands for government formation on November 21, 2018, the Governor unexpectedly dissolved the state Assembly. With the abrogation of Article 370 in August 2020 and the revocation of statehood, elections were further delayed.

In October 2020, the Union Government amended the J&K Panchayati Raj Act, 1989 to introduce a provision to hold direct elections to the District Development Councils (DDC). The DDC replaced district development boards that functioned as official bodies to the government.

The election to the DDC attracted nationwide attention as it was the first-ever political exercise since the special status of J&K was scrapped.  In the elections that were held in eight phases, the People's Alliance for Gupkar Declaration emerged as the single-largest coalition in the first-ever District Development Council polls in Jammu and Kashmir and the first political activity in J&K after the abrogation of Article 370.

On the other hand, BJP too made inroads in the Union Territory by becoming the single-largest party.