Jammu and Kashmir's People's Conference, in a step towards expansion, announced the induction of former parliamentarians and senior leaders. 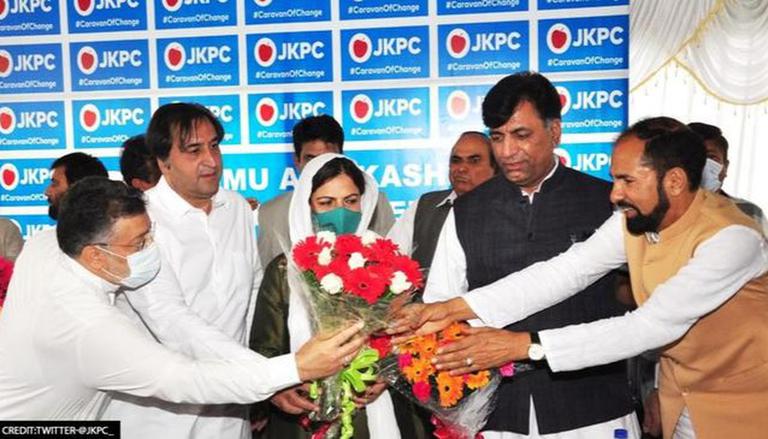 Welcoming the leaders into the party, Chairman of Peoples' Conference Sajad Gani Lone asserted that the organisation will immensely benefit from their political experience and expand the outreach of the party beyond its strongholds. "They are experienced leaders with a huge base of supporters, and in the coming years, will play a crucial role in shaping the politics and welfare of Jammu and Kashmir." He added, "People's Conference is growing stronger with each passing day. The party is emerging as a formidable political force to reckon with. My dream is to see this caravan of change stronger. We will make more announcements in the coming weeks.”

Elaborating on his ideas for the future, he said," People's Conference will play a constructive role in the region to create an enabling environment for engagement. To bring reprieve for the people of the valley, we will work tirelessly to halt further erosion." Pointing out that it cannot be done through 'theatrical outbursts' and 'rabble-rousing', he added, "In this digital age, our statements and utterances are read across the country. We should act in a manner that we do not enable further erosion and disrupt delivery. By making delivery difficult for Delhi, the people of Jammu and Kashmir are the only losers.”

New inductees also took the occasion to express their feelings. Former parliamentarian Mir Mohammad Mir said, “The party started its journey from District Kupwara 43 years ago. Today, it has emerged as a full-fledged political movement with a progressive and result oriented agenda. Very soon the flag Peoples’ Conference will fly high in all constituencies and districts of Jammu Kashmir.  Backing his statement,  DDC Chairman Baramulla Safina Baig added, "The need of the hour is that the people of Kashmir stand with Chairman Sajad Gani Lone and help him realise his grand vision for the progress of the state and protecting the rights and dignity of its people.”