Shafiq Mir slammed the former CM of Jammu and Kashmir Omar Abdullah and said that for years Abdullah and his party misled the people of Kashmir. 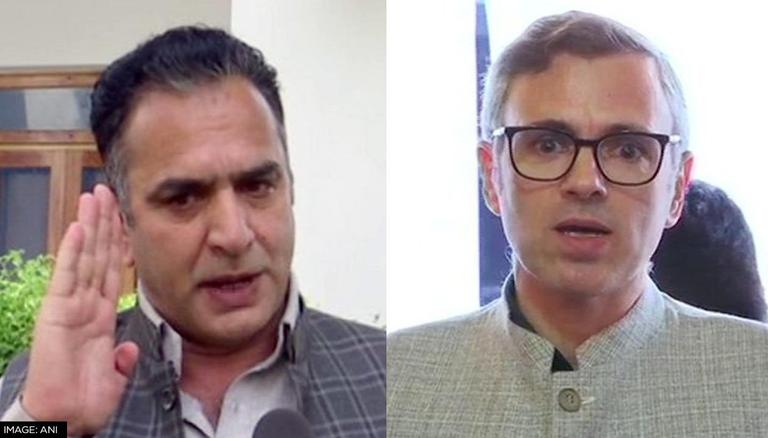 
The Chairman of the Jammu and Kashmir Panchayat Conference, Shafiq Mir slammed the former Chief Minister of J&K Omar Abdullah over his communal statements where the National Conference (NC) vice president said that Muslims are being targeted in the country. Calling the statements "unfortunate", Mir said that for years Abdullah and his party misled the people of Kashmir.

"Government should not allow any political party to incite communal violence. I want to request Omar Abdullah to stop the drama. For 70 years, you and your family have been playing these cards on Article 370, on Azaadi (freedom), etc and misled the people. Now also, you are misleading them by playing the communal card again. If you truly care about the Muslims of India, then you and your father would have spoken in the Parliament. But you are speaking on road, inciting the emotions of people so that something wrong happens in future," Shafiq Mir told ANI. He further added, "Whatever is wrong is happening in Jammu and Kashmir, the PDP and NC are responsible for that. Don't communalise the situation and incite violence."

"If anything wrong happens in future, his (Omar Abdullah) party will be responsible. This is a sensitive and border region, he is communalising the situation for political gain," Mir told ANI.

Omar also reiterated the words of the Central government in 2019, that the abrogation of the Article would bring about peace and prosperity in the Hilly region, and asked, "what happened to the promises?" Adding further he said, "The situation is before you to see...They are getting into the houses and killing your brethren...Yesterday, one of our brothers (Reyaz Ahmed Thakor) was killed inside his very home, why? Because he was wearing the uniform of police...Is this the security, is this the peace promised? Just 24 hours before that, one of our brothers (Rahul Bhat) came back to Kashmir to work as part of the PM's scheme...He was living with his family in Budgam, was posted in Chadoora, they entered the Tehsil office and shot him point-blank, killed him...Where is the security, the peace?", Abdullah said.

Notably, after Bhat was pronounced dead, NC's Omar Abdullah took to his official Twitter handle to condemn the 'murderous militant attack' on him. Abdullah turning a blind eye to the fact that he was a Hindu, a Kashmir Pandit, highlighted how he was a government employee working in the Tehsil office in Chadoora, where he was attacked. "Targeted killings continue & a sense of fear grows unchecked—my heartfelt condolences to Rahul’s family. RIP," the NC leader further wrote on the microblogging site, not clarifying in any way who was responsible for the climate of fear he alludes to, or opposing the terrorists in as many words.