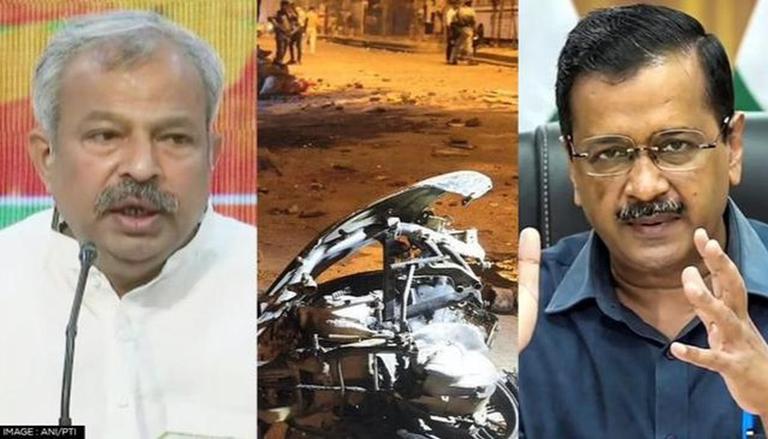 
On Tuesday, BJP accused Aam Aadmi Party's (AAP) hand in Jahangirpuri violence and also of provoking communal tensions in the country. While addressing a press conference, Delhi BJP chief Aadesh Gupta stated that they have asked the Delhi Police commissioner to probe two angles in the violence - firstly, the key accused Ansar's connection with AAP and the involvement of Bangladeshi Rohingyas in the violence. He added that whenever any riots or murders take place, either AAP is involved or the culprits have party protection.

"AAP is involved in Jahagirpuri Violence. We met Delhi Police Commissioner today and he was open to all the information. We told him to probe two angles in the Jahangirpuri case-- Firstly, to find the role of AAP in the riots as Ansar has connections with the party. Whenever any riots and murders take place in Delhi, either AAP leaders are involved or those involved have party protection. Secondly, the involvement Bangladeshi Rohingyas in violence. AAP is doing vote bank politics and is helping Rohingyas to get identity cards. Arvind Kejriwal's govt also provides free rations to them. We will appeal Delhi Lieutenant Governor to cancel the Aadhar of Bangladeshi Rohingyas. Not only Shobha Yatra but the stone was pelted at Tiranga and Delhi Police too," said Delhi BJP Chief

Aadesh Gupta further blamed Congress, the Left, and the opposition for creating communal disharmony in the society to get back to power. They have already been isolated because of their divisive politics and today's youth does not want all this, he added. Home Minister Amit Shah has taken cognizance of the probe and has assured the culprits will be punished. Delhi BJP Chief appealed to everyone to maintain peace.

Earlier on Monday, AAP leader Atishi hit out at the Bharatiya Janata Party blaming the party for provoking communal tensions in the country. Calling BJP a 'party of goons', the AAP leader said that inquiry into the Jahangirpuri violence case will reveal, BJP members' involvement in the attacks.

Atishi told ANI, "BJP rewards goons. Inquiry will prove that BJP workers were involved in the communal attacks that occurred in the national capital and the country". She questioned, "Why is it that only BJP-led Shobha Yatra's are attacked? While Shobha Yatra led by Arvind Kejriwal, Saurav Bharadwaj, and Manish Sisodia are never attacked."

On April 16, a clash broke out during a Hanuman Jayanti procession in northwest Delhi's Jahangirpuri area, leaving police personnel injured. The police informed that stone-pelting was witnessed and some vehicles were also torched

Delhi Police Commissioner Rakesh Asthana warned of strict action against rioters and said that the situation is under control and adequate additional force has been deployed in Jahangirpuri and other sensitive areas. Senior officers have been asked to remain in the field and closely supervise the law and order situation and undertake patrol.

On Sunday night, police kept vigil in several sensitive areas. While Senior police officer Sanjay Sen refuted rumours about tension in parts of North-east Delhi, which saw riots in 2020. Police said there is peace and further appealed to people not to believe rumours doing the rounds on social media concerning the rally riots.