Amid its tussle with ally BJP, JDU asserted on Wednesday that National Democratic Alliance (NDA) has the upper hand in the upcoming presidential polls. 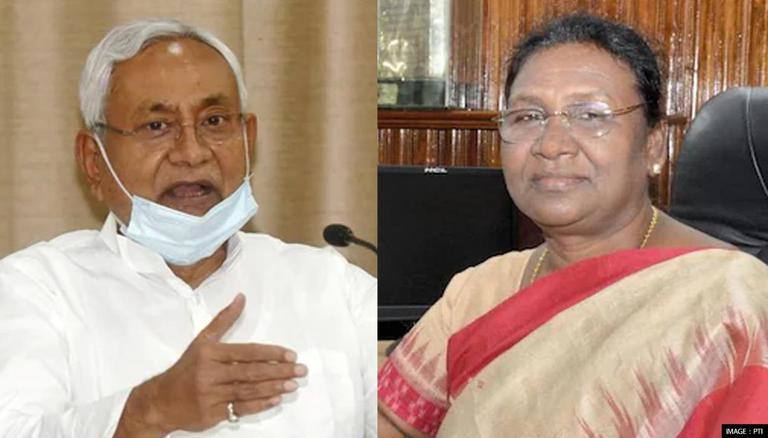 
Amid its tussle with ally BJP, JDU asserted on Wednesday that National Democratic Alliance (NDA) has the upper hand in the upcoming presidential polls. Speaking to the media, JDU spokesperson Rajiv Ranjan Prasad also highlighted that some parties did not attend the opposition meeting to zero in on the joint candidate thereby implying that the ruling coalition might get the support of non-NDA parties too. However, he refrained from announcing support for NDA candidate Droupadi Murmu. In the 2017 presidential polls, Nitish Kumar's party had voted for Ram Nath Kovind despite being an ally of RJD and Congress.

JDU spokesperson Rajiv Ranjan Prasad remarked, "As per the current equation, NDA has about 48% of the votes. But the composition of this alliance should remain constant. On the other hand, there are many parties who did not attend the meeting convened in support of Yashwant Sinha. So, the contest can be fascinating. But NDA still has the upper hand."

As the term of President Ram Nath Kovind is ending on July 24, an election to fill this impending vacancy will be held on July 18. The President will be elected by the Electoral College comprising elected members of both Houses of Parliament and the Legislative Assemblies through a secret ballot. However, the nominated MPs and MLCs of various states are not eligible to partake in this election. The total value of the votes of electors is 10,86,431. While the last date for filing nomination papers is June 29, the counting of votes shall take place on July 21.

To begin with, BJP deputed its president JP Nadda and Defence Minister Rajnath Singh to interact with other political parties to explore the possibility of a consensus candidate. Moreover, it formed a 14-member management team headed by Union Minister Gajendra Shekhawat to ensure a smooth election process and ensure the victory of its candidate. Similarly, 17 opposition parties attended a meeting convened by TMC supremo Mamata Banerjee on June 15 to mull the possibility of fielding a joint presidential candidate.

After NCP chief Sharad Pawar, NC president Farooq Abdullah and Gopalkrishna Gandhi backed out, the opposition announced BJP-turned-TMC leader Yashwant Sinha as its candidate. A few hours later, BJP declared that former Jharkhand Governor Droupadi Murmu will face off with him for the Presidential election. A former Odisha MLA and Minister, Murmu will become the first Tribal president of India if she wins the poll.