JDU Clears Air On Ties With BJP Amid Agnipath Faceoff; 'Not In Favour Of Rollback'

After the Agnipath scheme became the latest flashpoint between JDU and BJP, Nitish Kumar's party cleared the air on the stability of the ruling coalition. 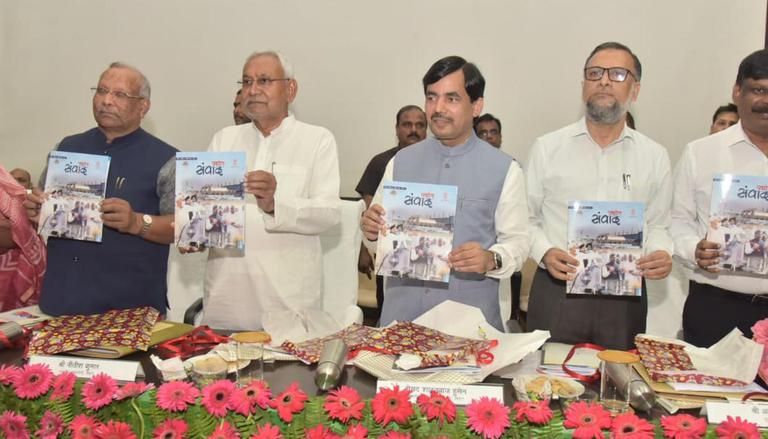 
After the Agnipath scheme became the latest flashpoint between JDU and BJP, Bihar CM Nitish Kumar's party cleared the air on the stability of the ruling coalition. Speaking to the media on June 19, JDU secretary general KC Tyagi clarified that his party was in favour of amending the scheme rather than seeking its rollback. In a reconciliatory tone, he highlighted that the Centre was sensitive to the concerns of the protesting youths. Moreover, he exuded confidence in the durability of the BJP-JDU alliance in Bihar.

JDU secretary general KC Tyagi remarked, "There is no tension between JDU and BJP in Bihar. The youths were upset owing to the situation in which Agnipath was implemented. It was wrong of them to adopt the path of violence. The alliance is strong in Bihar. There is a strong opposition party too. So, there is no scope for new politics as of now."

"The government is worried and sensitive and wants to find a way out. The concessions given are the proof of that. If the agitation becomes violent, its relevance will be over and it will die on its own. Our party has clarified that we are in favour of reforming it and not its rollback," he added. Tyagi's assurance assumes significance after the houses of Bihar Deputy CM Renu Devi and state BJP chief Sanjay Jaiswal were vandalized by anti-Agnipath protesters.

Training guns on the state government, Jaiswal told reporters on June 18, Nothing wrong with opposing, but targeting people at the behest of administration, torching offices of a particular party with police acting as spectators is wrong. What isn't happening in India is happening in Bihar. I oppose it"."

READ | Union Min VK Singh denounces violence over Agnipath; 'If you don't like, give it a pass'

Under the aegis of this scheme, 46,000 youths aged between 17.5-21 years would be recruited into the Armed Forces in 2022 for a period of 4 years. This is being touted as a major defence policy reform as only 25% of these Agniveers would be selected for enrollment in the Armed Forces as regular cadres. Apart from an attractive monthly salary, they will be given a one-time ‘SevaNidhi’ package of Rs.11 lakh at the end of their 4-year stint.

Addressing a press briefing a day earlier, the Department of Military Affairs' Additional Secretary Lt Gen Anil Puri stressed, "Indian Army's foundation in the discipline. No space for arson, or vandalism. Every individual will give a certificate that they were not part of a protest or vandalism. Police verification is 100%, no one can join without that". He also categorically rejected the possibility of the scheme being withdrawn.