JP Nadda, the Bhartiya Janata Party (BJP) Working President accused Mamta Banerjee’s party Trinamool Congress (TMC) of ‘murdering the democracy’ in West Bengal on Sunday. The comment was made just after the BJP MP Arjun Singh and his MLA son Pawan Singh were allegedly attacked during a protest in West Bengal. He further stated that the violence shows the helplessness of the party as against the things changing in the state for better. Nadda also alleged that the attack was an act of political vendetta. 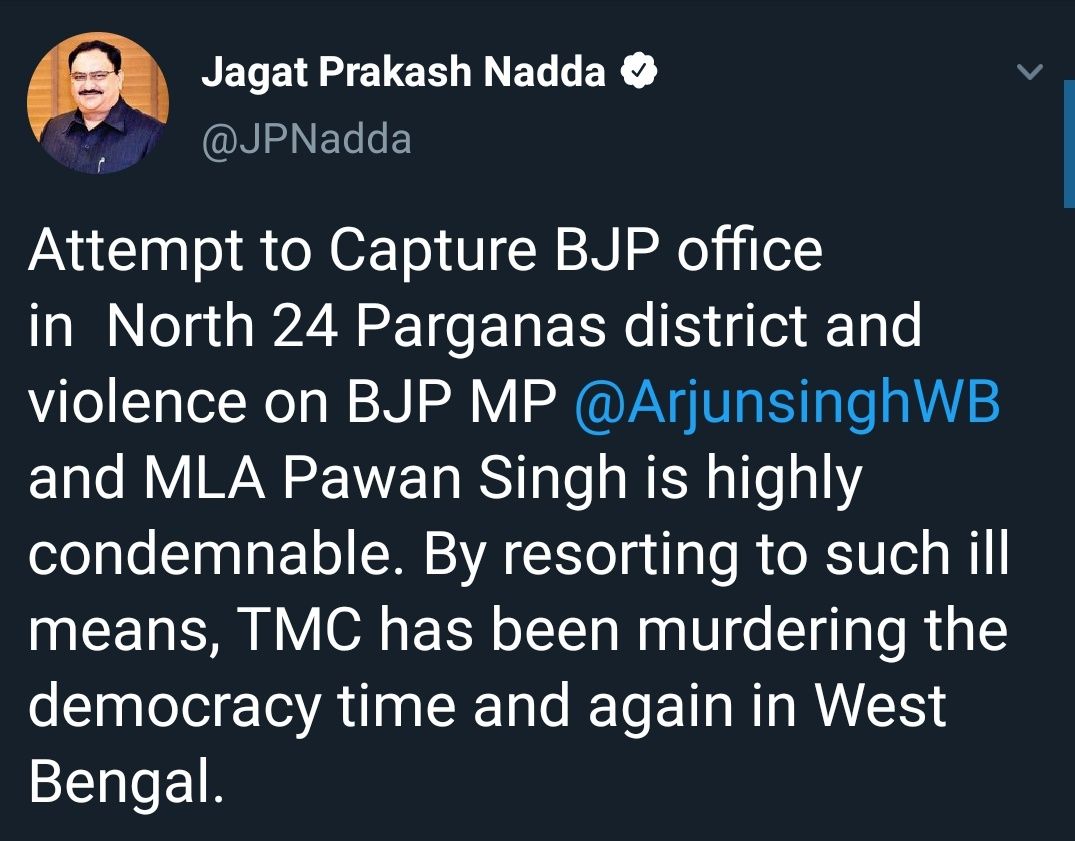 The West Bengal police acting on the wish and command of the TMC in hurling these brutal atrocities is a clear evidence of how the state machinery is being misused for political vendetta by the @MamataOfficial .

The BJP MP from Barrackpore, Arjun Singh, was injured on Sunday during a protest in North 24 Pargana district. According to Singh, he was attacked by the TMC police personnel on TMC leader Mamta Banerjee's order. He stated that even though people were protesting peacefully, the police lathicharged on his head and vandalized his car. The BJP gave a 12-hour Bandh call in Barrackpore to protest against the attack on Arjun Singh. Meanwhile, Senior BJP leader Mukul Roy stated that there is an 'illegal partnership' going on between the ruling party and the police in West Bengal.

Conflict between BJP and TMC

The BJP and the TMC have been been going through conflicts, especially during the time of the Lok Sabha elections. The parties have witnessed severe violent conflicts ever since. The latest conflict began on Sunday morning when Singh rushed to Shyamnagar to take control of a party office as he heard that TMC workers had captured it. The BJP workers pulled down TMC festoons which had Mamta Banerjee’s image on them. This conflict turned into violence and resulted in a protest by BJP.