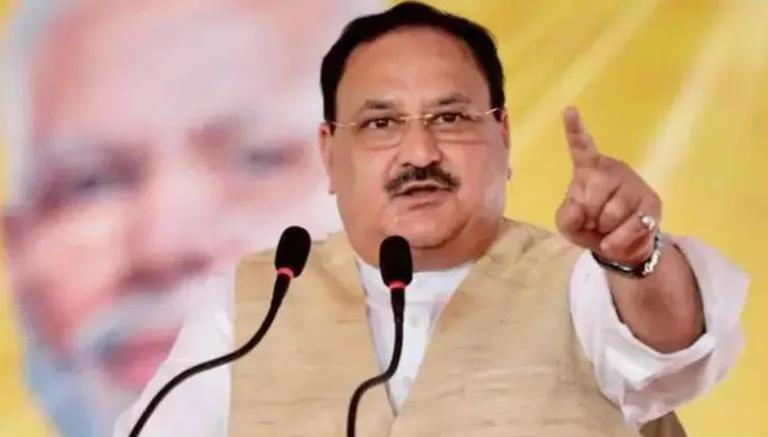 Addressing the party workers in Assam's Guwahati, JP Naada on Monday, said, "Why did Congress, the nation's oldest political party, continue to shrink? Why has it been getting weaker? due to the lack of integration between local and national aspirations."

Referring to the recent resignations of several Congress leaders from the Grand Old Party, Nadda said, "People who have been members of the Congress party for more than 40 years are leaving the party. These people have now realized that the Congress party is now just a family gathering and is no longer on a national or state level."

It is pertinent to mention that on August 26, Ghulam Nabi Azad quit the Congress party and sent a scathing 5-page resignation letter to Sonia Gandhi in which he criticised Rahul Gandhi for demolishing the consultative structure, exercising power without responsibility and sidelining senior leaders.

'Infrastructure in Northeast got a boost under PM-Modi-led NDA govt': JP Nadda

The BJP chief also lauded Chief Minister Hemanta Biswas Sarma's leadership in Assam and said that the party has broken the record of victory in all the elections that were held after CM Hemant Sarma formed the government in Assam. "I congratulate the party members of Assam and Chief Minister Hemant Biswa Sarma on breaking the record of winning in all the Assam elections after forming the government," Nadda said.

Adding further he said, "BJP is making steady progress. We never imagined that we would form the government in the North East or in Assam, we are happy that we are not only forming the government but also prioritizing development."