Addressing a public rally in poll-bound Goa, JP Nadda said all the citizens, including those Opposition leaders, have received the vaccine against COVID-19 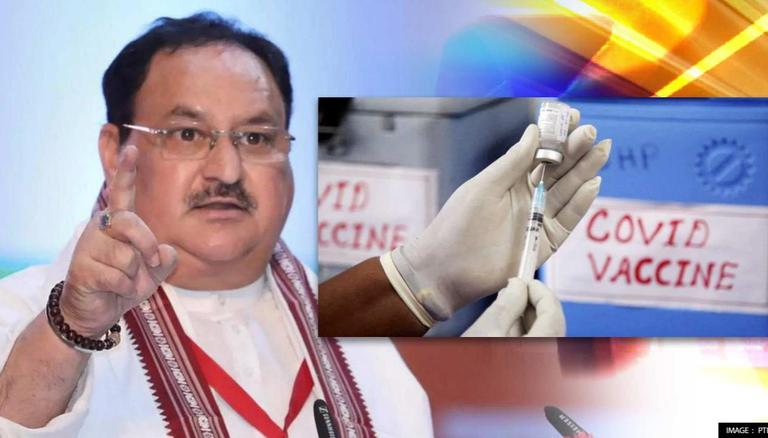 
Bharatiya Janata Party National President JP Nadda took a dig at the Opposition leaders, who called COVID-19 vaccine doses "Modi teeka" or "BJP ka teeka" in an attempt to 'mislead' others about the vaccination benefits. Addressing a public rally in poll-bound Goa on Tuesday, Nadda said all the citizens, including those Opposition leaders, have received the vaccine against COVID-19.

"We have delivered what we had promised and we will deliver on what we promise in the future. Some people called vaccines "Modi teeka", "BJP ka teeka". Today all of them have received the vaccine. I ask them, "how was Modi teeka?" he said.

The BJP chief further highlighted that 100 per cent tap water is provided under Jal Jeevan Mission in Goa. "Every person of Goa is covered with health coverage under Ayushman Bharat and Deen Dayal Swasthya Seva Yojana," he said.

Nadda also informed that the crime rate in Goa has come down by 101 per cent and the crime detection success has increased to 93 per cent.

The BJP president is on a two-day visit to the coastal state during which he is expected to hold two public rallies. On Wednesday, Nadda will hold a meeting at the party's office in Mapusa in North Goa.

Later, he will release a report card of ten years of BJP government in Goa and flag off of a 'Sankalp' rath near BJP's head office in Panaji, the spokesman added.

Assembly elections are due in Goa in February next year.

Goa Assembly has a strength of 40 members out of which BJP has 17 legislators and enjoys the support of legislators from Maharashtrawadi Gomantak Party (MGP), Vijay Sardesai of the Goa Forward Party (GFP), and three independents. The GFP and MGP each have three MLAs in the Goa Assembly while Congress has 15 MLAs in the house.