JP Nadda will meet the families of the Telangana martyrs followed by a public meeting at the end of the third phase of the Praja Sangrama Yatra. 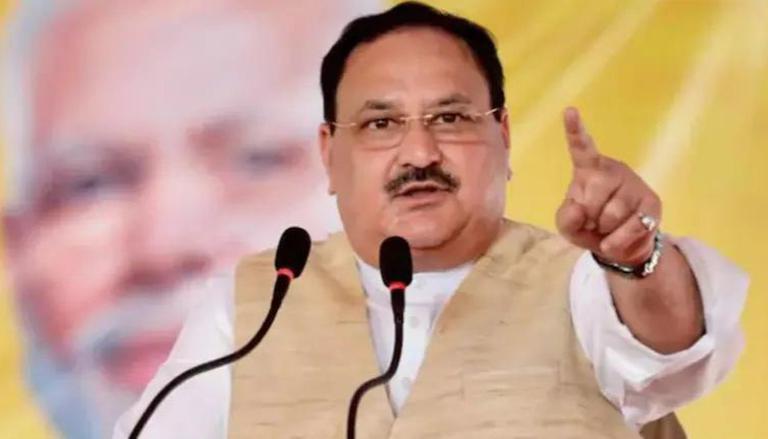 
In the run-up to the crucial Munugode bypolls in Telangana, BJP party president Jagat Prakash Nadda will arrive on a one-day visit to the state on August 27, Saturday. He will meet the families of the Telangana martyrs followed by a public meeting at the end of the third phase of the Praja Sangrama Yatra.

BJP President Nadda will be at the Bhadrakali Mata Temple at 3 pm at Hanamkonda, Warangal followed by his meeting with the families of the Telangana martyrs at about 3.30 pm. At 4.10 pm, Nadda will address a public meeting as a part of phase 3 of the Praja Sangrama Yatra at the Arts College ground in Hanamkonda. He will also be meeting some key personalities from Telangana from all walks of life like arts, cine actors, writers, sportspersons, etc.

Notably, Union Home Minister Amit Shah was in Telangana on August 21, where he addressed a rally in the Munugode assembly constituency, which will go to by-polls after the sitting Congress MLA resigned from the party and joined BJP to re-contest the election. Komatireddy Rajagopal Reddy, who resigned from Congress joined the BJP in the presence of HM Amit Shah.

Two days after the police stopped Telangana BJP President Bandi Sanjay Kumar's 'padayatra', the HC on August 25 allowed him to go ahead with the march. The BJP had challenged the notice from the Warangal Commissionerate police on August 23 to stop the yatra in Jangaon district citing a law and order problem.

Bandi Sanjay Kumar was also taken into custody by the police and shifted to his residence in Karimnagar. The third phase of Kumar's padayatra kicked off on August 2 and is scheduled to conclude on August 27. BJP President Nadda is scheduled to attend the yatra and address the gathering at the Arts College ground in Hanamkonda.

The visit of the top brass also comes ahead of the Telangana Elections, scheduled for next year. In the 119-seat Telangana assembly, K Chandrasekar Rao's TRS has 88 seats, Congress has 19, BJP has 1, Telugu Desam Party has 2, AIMIM has 7, All India Forward Bloc has 1 followed by 1 Independent.