It is important to mention that JP Nadda's visit comes ahead of the Municipal corporation elections in Bidhan Nagar, Chandannagar, Asansol, and Siliguri. 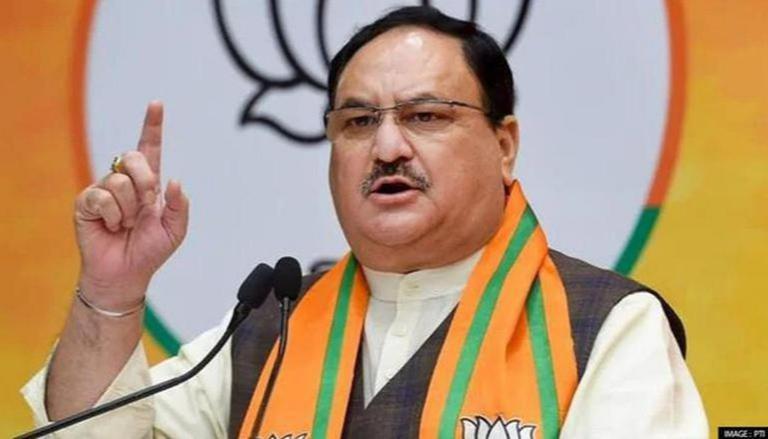 
BJP National President JP Nadda will arrive in West Bengal for a 2-day visit to strengthen and guide party leaders on January 9, MP Soumitra Khan informed on Sunday. Speaking to ANI, Khan cited the recent organizational changes in the BJP, stating that new and young faces would now be given opportunities. His comment came after the saffron party decided to cap the age limit of its Yuva Morcha President to 35 years and the maximum age limit for its Mandal President to 45 years.

"JP Nadda will be on a two-day visit to the state. This visit is considered important to strengthen and guide party leaders. West Bengal BJP has made a big organizational change in which many new and young faces have been given an opportunity," he said.

He added, "BJP will make our West Bengal 'Sonar Bangla' again. BJP will put an end to the manner in which state Chief Minister Mamata Banerjee is destroying democracy in the state."

It is important to mention that JP Nadda's visit comes ahead of the Municipal corporation elections in Bidhan Nagar, Chandannagar, Asansol, and Siliguri, which are slated to be held on January 22. During his visit, the BJP President is expected to meet all his organizations from District President to zonal President, Soumitra Khan revealed. "In this meeting, all the office bearers of the West Bengal organization, Vice President General Secretary, will be present," he said.

BJP fails to make a mark in KMC polls

Notably, the Municipal corporation elections follow TMC's landslide victory in the Kolkata Municipal Corporation where its candidates emerged triumphant in 134 out of the 144 wards. The BJP on the other hand won only a single seat.

On May 2, the TMC swept the state elections bagging 213 seats as opposed to BJP's 77. Shortly after, BJP Vice President Mukul Roy and his son rejoined TMC in the presence of CM Mamata Banerjee sending a political exodus rolling in.

Weeks later, Tanmoy Ghosh who won in Bishnupur on a BJP ticket switched allegiance to TMC on August 30. Biswajit Das and Soumen Roy, the sitting BJP legislators from Bagda and Kaliaganj respectively followed suit. Thereafter, Raiganj MLA Krishna Kalyani joined TMC on October 27. With this, BJP's strength has now been reduced to 70 seats.