'Just Making You Aware Of The Rules': Centre Replies To AAP Accusations Over Ration Scheme

After the Aam Aadmi Party continued its attack on PM Modi for putting a stop to the 'Ghar Ghar Rashan Yojana', the Centre issued a clarification. 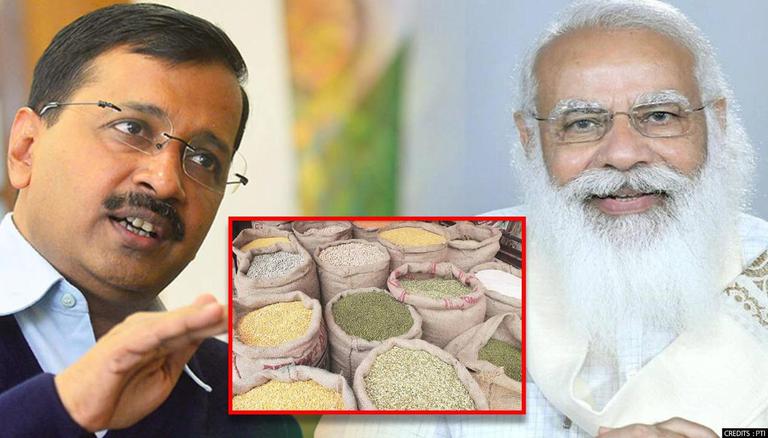 
After the Aam Aadmi Party continued its attack on Prime Minister Narendra Modi for putting a stop to the 'Ghar Ghar Rashan Yojana' a week before its commencement, the Central government on Saturday issued a clarification. As part of it, the government vividly stated that it has not asked Delhi Government not to distribute the ration the way they want, but has only informed it about the rules relating to the same. It further said that it is even going to provide the AAP government ration if it needs for the scheme.

Govt of India has not asked Delhi Government to not to distribute the ration the way they want. GOI is ready to grant an additional ration to Delhi. GOI had only informed them about the rule position: Ministry of Consumer Affairs, Food and Public Distribution

The Aam Aadmi Party on Saturday accused the Centre of involvement with the 'ration mafias'. Taking to its official Twitter handle, the party asked Prime Minister Narendra Modi about his ties with the ration mafia and proceeded with a follow-up question, which inquired as to what led him and his government to put a stop at the 'Ghar Ghar Rashan Yojana', which as per reports was going to commence in a couple of days, and all preparations for the same were already done.

"In March, BJP promised Home Delivery of Ration in Tamil Nadu. Today, BJP has stopped the Home Delivery of Ration in Delhi, " another tweet on the handle read, with a question attached for the party- "Dear BJP, we once again ask you, what problem do you have with BJP?" Pointing out that the party supremo Arvind Kejriwal had been fighting with ration mafias for over a decade now, the party in another post vividly stated that PM Modi or the BJP government cannot stop him. "Arvind Kejriwal has been fighting against Ration Mafia for decades. You cannot stop him, PM Modi," the tweet read.

It also accused PM Modi of being against the poor and downtrodden of the country. "In big-big rallies, people who use to listen to your speech, why did you take away their ration," another tweet posted in Hindi roughly read.

Earlier on Saturday, the central government put a stop to the Arvind Kejriwal government's ambitious doorstep delivery of ration scheme 'Ghar Ghar Rashan Yojana', as part of which the government was to deliver ration at the doorstep of over 72 lakh residents of Delhi. In a notification released by the AAP government, it said that the LG rejected the file for implementation of the scheme citing two reasons – Centre is yet to approve the scheme and an ongoing court case."