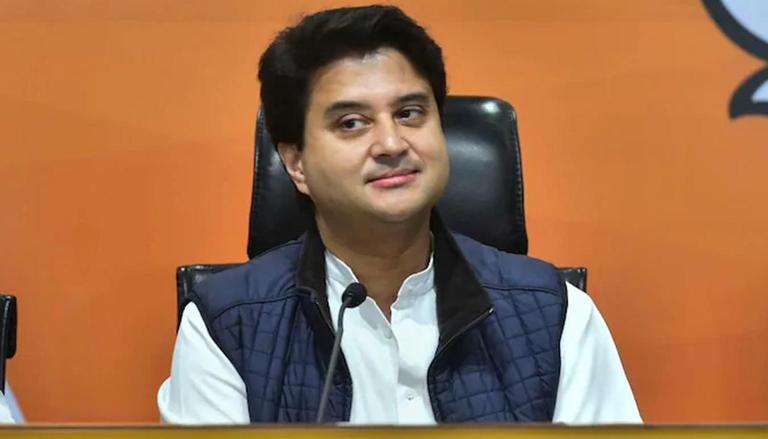 
The Monsoon Session of Parliament began Monday on a disruptive note after the Opposition tried to block Prime Minister Narendra Modi’s attempts to introduce his new council of ministers. Reacting to the event, Union Minister for Civil Aviation, Jyotiraditya Scindia said that it was, ‘sad to see the Opposition hit a new low’. Scindia went on to say that the new council of ministers was an inclusive team symbolic of ‘true Bharat’.

Jyotiraditya Scindia took to Twitter at the end of the parliament session to express his reaction. Hitting back at the opposition, Scindia tweeted, “Sad to see the opposition hit a new low by disrupting the introduction of the Council of Ministers. Thanks to PM Shri Narendra Modi ji, we have an inclusive team comprising representatives across groups - symbolic of true Bharat!”

The first day of the monsoon session of the parliament began in chaos as the opposition raised banners and shouted slogans in protest of the government. The Congress MPs protested against the increasing prices of fuel, meanwhile, SAD members joined the agitation with their banners opposing the farm laws. Amidst the chaos, the Congress blocked Prime Minister Narendra Modi’s attempts to introduce his new council of ministers to the Lok Sabha.

READ | Farm laws row: SKM threatens to protest against all MPs in Delhi ahead of Monsoon session

Following the uproar in the house, Defence Minister Rajnath Singh hit out at the Congress of “breaking the tradition and starting an unhealthy practice.” Speaking in Lok Sabha, Singh said that this is the first time any PM was not allowed to introduce his council of ministers. This came after PM Modi had asked the opposition to raise questions in an orderly manner. However, the protests carried on in the well of the house as the speaker adjourned the proceedings till 2 pm.

Union Minister Piyush Goyal also condemned the Opposition's uproar. "Today, the way opposition leaders behaved is unfortunate. We condemn this. The tradition that has been going on for years, was broken for the first time and it is a democratic tradition that whenever new ministers join the cabinet, they're introduced by the PM," said Piyush Goyal. Both houses of the Parliament continue to remain adjourned amid Opposition uproar. The Lok Sabha has been adjourned till 3.30 PM, while the Rajya Sabha has been adjourned till 3 PM.