As the political chaos in Madhya Pradesh continues, an old childhood picture of Jyotiraditya Scindia - the man behind the rebellion - has surfaced online 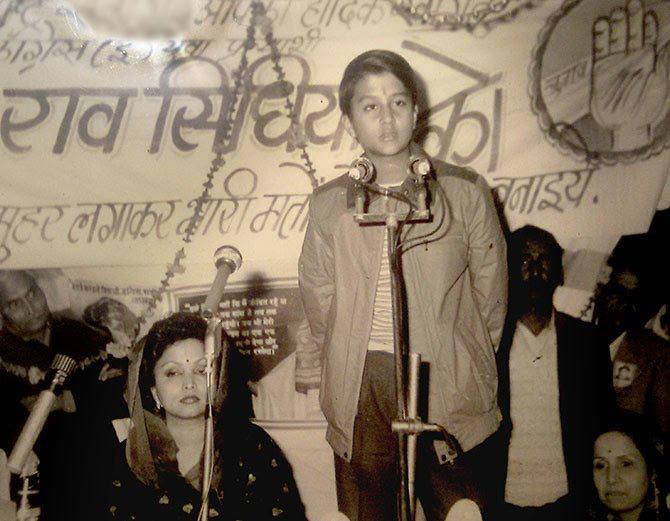 Notably, Jyotiraditya Scindia tendered his resignation to the interim party President Sonia Gandhi on Tuesday earlier and is expected to join BJP on March 12.

Back in 1996, Madhavrao Scindia was conveniently sidelined by the Congress despite 4 back to back victories leading him to quit the party. After quitting the age-old party, Scindia went on to form the Madhya Pradesh Vikas Congress and also defeated his former party. Similar to Madhavrao Scindia's rebellion in 1996, Jyotiraditya Scindia is also expected to join BJP as per Republic sources.

READ | Madhavrao Then, Jyotiraditya Now - Scindia Dumps Congress In A Repeat Of History

With 22 MLAs from the pro-Scindia faction already resigning and six more expected to resign from the Congress by evening, the majority numbers are set to falter, the numbers of the Kamal Nath-led government pose a fatal threat to the maintainability of their government.

After two days of heavy political drama, the former Guna MP formally submitted his resignation to Congress interim chief Sonia Gandhi on Tuesday, after all talks of mediation failed. Jyotiraditya Scindia resigned from the party soon after he met Prime Minister Narendra Modi at the latter's residence along with former BJP party chief Amit Shah.

Moreover, 22 MLAs who support him have tendered their resignation from their Bengaluru resorts - where they have been holed up for the past few days.  Scindia has been miffed about not being elected CM and not being elected as  Madhya Pradesh Congress chief - both of which were given to Nath.

The crisis in the Kamal Nath government started when Congress alleged BJP of poaching 4 MLAs - Surendra Singh Shera, Bisahulal Singh, Hardeep Singh Dang, and Raghuraj Kansana when they were flown to Bengaluru. While two of them have returned to Kamal Nath's folds, 18 MLAs including 6 cabinet ministers - loyal to Scindia flew to Bengaluru on Monday.

Kamal Nath dissolved his cabinet, making 20 ministers resign on Monday night at an apparent cabinet rejig attempt. However, it failed and all 6 rebel cabinet ministers, who are loyal to Scindia, have been expelled.