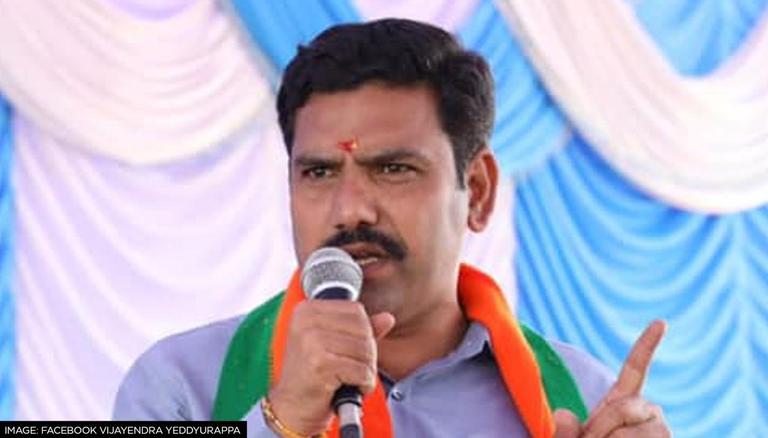 Reacting to his non-inclusion, several of his followers expressed their anger and anguish towards the party, however, the BJP leader Vijayendra requested his followers for avoiding expressing any kind of anger against the list and further refrain from embarrassing the party or the leaders.

"Some of our Karyakarthas have expressed their anger and anguish about my non-inclusion in the list of in-charge for Sindhgi & Hanagal by-elections. My appeal to them: please refrain from making comments that embarrass our party, leaders, or me", he tweeted.

He also said that being the state BJP Vice President, he will actively campaign for the party candidates in both the constituencies and will look forward to ensuring victory in both seats.

As the @BJP4Karnataka Vice President, I will actively campaign for the party candidates in both constituencies. Let us focus all our energies on ensuring victory in both the seats and further strengthen the party. (2/2)

Meanwhile, as announced by the Election Commission of India, the bypolls in Karnataka will take place in two Assembly constituencies including Sindgi and Hangal. Voting will take place on October 30 and the counting of votes will be later done on November 2.

With the revised decision of the Karnataka BJP, Vijayendra will now work with 12 other ministers such as JC Madhuswamy, Murugesh Nirani, Shivaram Hebbar, BC Patil, and others. On the other hand, in-charges for the Sindgi constituency are V Somanna, Govind Karajol, CC Patil, and Shashikala Jolle.

The byelections are being conducted after the sudden demise of MLA CM Udasi and MLA MC Managuli from Hangal and Sindagi respectively. Earlier on Saturday, Chief Minister Basavaraj Bommai said that the state unit will hold a state's core committee meeting. Bommai said that the names of candidates contesting in the elections will be sent to the high command after the meeting. The CM also said that the BJP will win the bypolls with the highest margin.

Apart from BJP, the state Congress is also looking forward to giving a strong competition with its candidates. Names of the candidates have been shortlisted by both parties.