In a counterattack to Cong's 'PayCM' posters, BJP has launched a campaign against the grand old party on social media to expose scams done during the UPA regime 
In Karnataka, a poster war has erupted between BJP and Congress ahead of the 2023 Assembly Elections. This came after Congress put up 'PayCM' posters across Bengaluru with a picture of Chief Minister Basavaraj Bommai along with a QR code that will take the people to www.40percentsarkara.com. This website was launched by the Congress party on September 13 as a part of its '40% government, BJP means corruption' campaign. Seeking to highlight the allegation that a 40% commission rate has become the norm under the current regime, it has also launched a toll-free helpline number.

In a counterattack to Congress' 'PayCM' posters, BJP has now launched a campaign against the grand old party on social media to expose scams done during the UPA government. The campaign is a direct dig at the leader of the opposition and former CM Siddaramaiah and KPCC president DK Shivakumar.

BJP shared multiple posters with the image of Siddaramaiah and DK Shivakumar with different captions. In one of the posters, BJP advised don't let these duo come near you while in another one the saffron party took a dig at 'Bharat Jodo Yatra' and accused them of taking a commission from people. 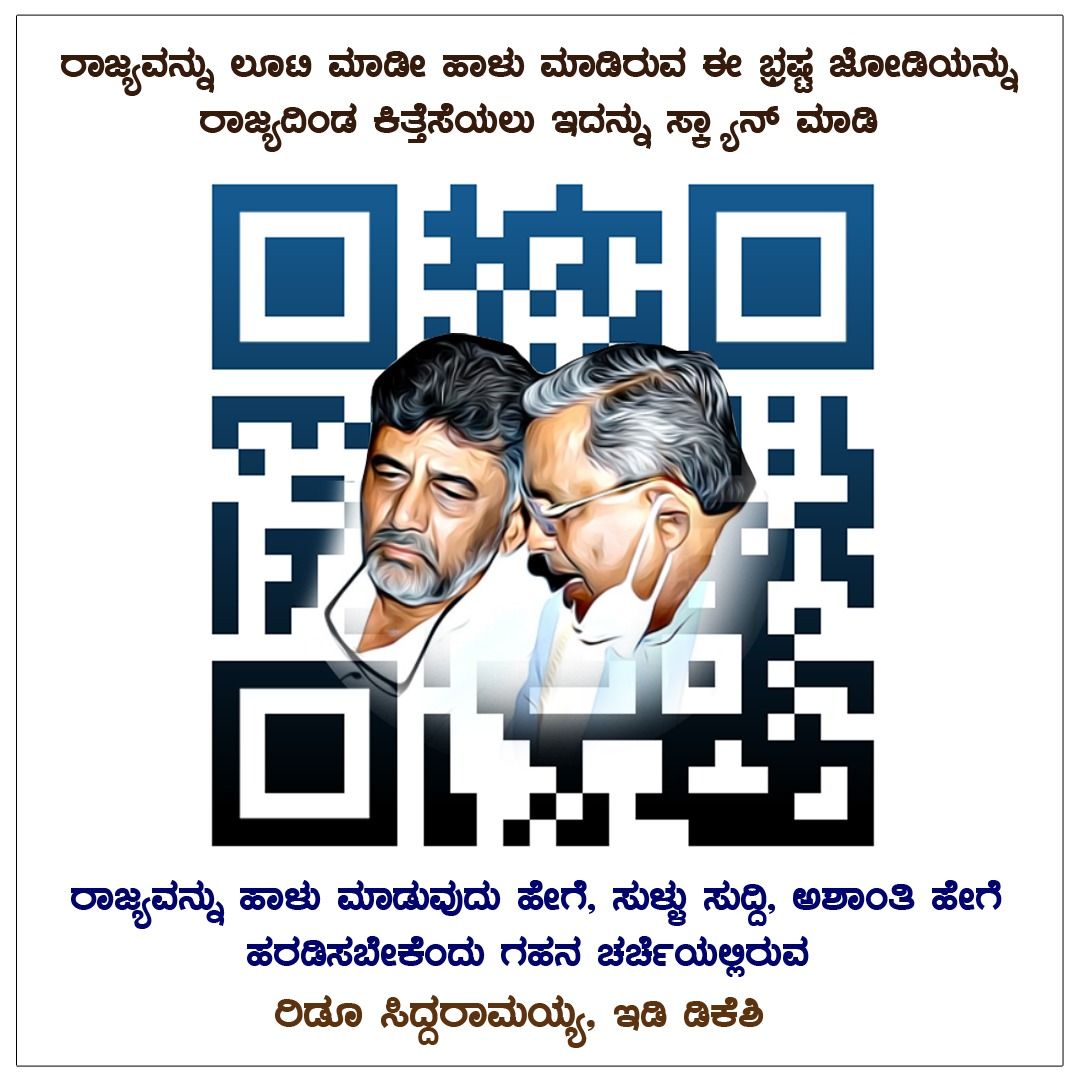 The poster had a scanner with the pictures of Siddaramaiah and Shivakumar where the BJP's caption stated "Scan this code to throw out this corrupt duo who has looted the state and spoilt it. How they spoilt the state, told lies". 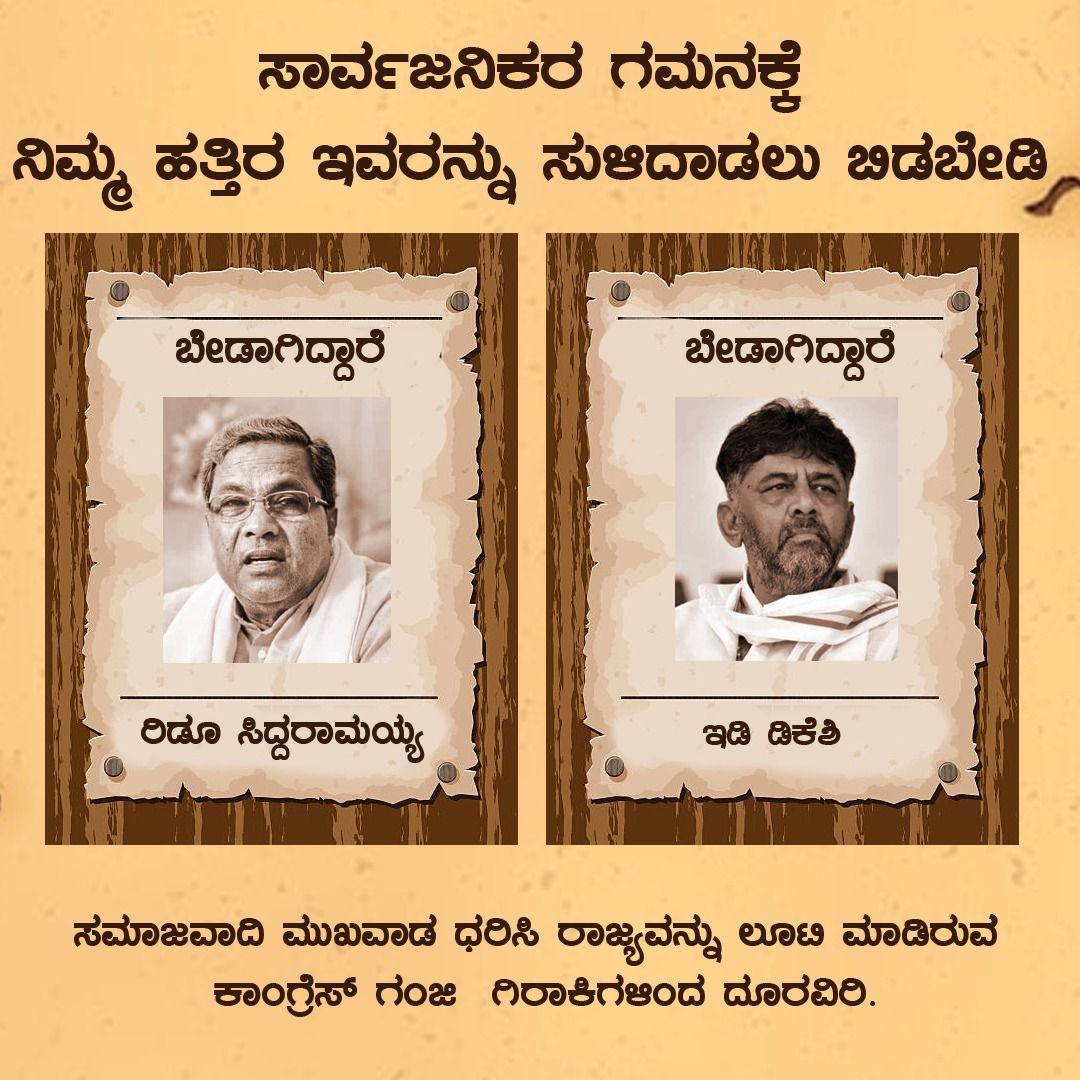 In this poster, the BJP has advised the people of Karnataka as the caption said, "Public notice, Don't let these two come near you. Redo Siddaramaiah and ED DK Shivakumar. Stay away from Congress which has looted the state".

READ | 'Cops on high alert': 2 arrested for alleged ISIS links in Karnataka, 3rd on the run READ | Congress steps up attack on BJP govt in Karnataka; 'PayCM' posters put up in Bengaluru

The corruption charges against the government amplified after Santosh Patil, who was the national secretary of an organization named 'Hindu Vahini', committed suicide. He had accused sitting Minister KS Eshwarappa of demanding a 40% commission in a public work executed by him. Patil had also reportedly written a letter to PM Modi and Union Minister Giriraj Singh in this regard. However, the Karnataka Minister dismissed Patil's allegation and even filed a defamation case against him. Under fire from Congress, Eshwarappa tendered his resignation on April 15.