Karnataka BJP In-charge Confirms Yediyurappa To Stay On As CM, Asks Netas To Focus On Work 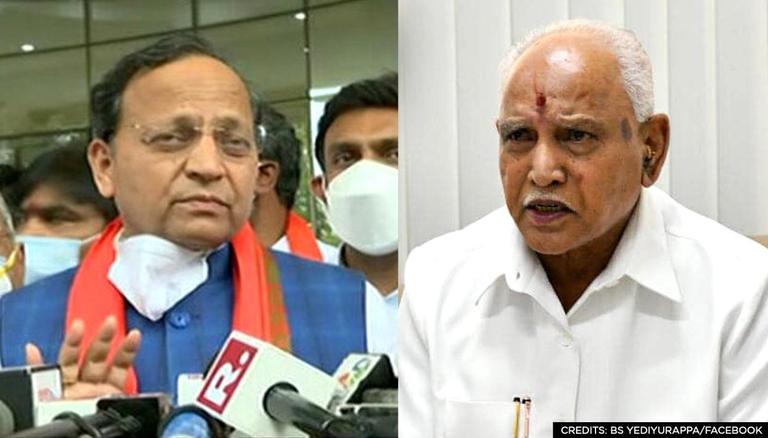 
BJP's Karnataka in-charge Arun Singh dismissed speculations of a leadership change and reiterated that BS Yediyurappa would stay on as CM as he former arrived in Bengaluru on Wednesday. Amid reports of dissent within the Karnataka BJP against CM Yediyurappa and his style of functioning, BJP leader Arun Singh categorically stated that there would be no change of leadership as CM Yediyurappa had worked efficiently during COVID and maintained that he had arrived in Bengaluru to take part in the party's programmes. This is hardly the first time that Arun Singh has made this clarification, and Yediyurappa had also said the same just a few days ago.

On his arrival at Bengaluru, BJP's Karnataka in-charge Arun Singh said that the purpose of his visit was to review the preparations for the programmes and campaigns planned for the International Yoga Day, use of one-time plastic. He added that the party's district secretaries would also be participating in a meeting with him. Arun Singh hailed the efforts of CM Yediyurappa, the Ministers and the MLAs for their work during the COVID pandemic. Launching an attack on the Opposition parties, Arun Singh claimed that Congress was levelling false allegations against the state government without doing any work on the ground while claiming that the JD(S) had gone into 'quarantine.'

"All our party leaders are united. There is no difference of opinion between anyone. I want to tell this if any MLA wants to express something he can meet individually and do so instead of giving a statement to the media. They should work for their constituency, for the people and help in furthering the party's work," BJP's Karnataka in-charge Arun Singh told reporters on his arrival at Bengaluru.

In January, days after reshuffling his cabinet, Yediyurappa reorganized some of the portfolios allocated to the seven newly inducted ministers after four cabinet ministers - JC Madhuswamy, MTB Nagaraja, K Sudhakar and K Gopalaiah complained of the reshuffled portfolios. Apart from JC Madhuswamy, the other three ministers recently jumped ship from Congress and JDS respectively - propping up the Yediyurappa government. After waiting for a year, Karnataka CM Yediyurappa inducted seven legislators namely - MTB Nagaraj, R Shankar, CP Yogeshwar, Umesh Katti, Arvind Limbavali, Murugesh Nirani, S Angara into his cabinet on January 13. Senior BJP ministers like Anand Singh, CC Patil, Kota Srinivas Poojari, Prabhu Chauhan, A Shivaram Hebbar too had to let go of several key ministries to the new inductees leading to discontent in the Karnataka BJP camp. Yediyurappa formed his government on August 26, 2019 with the help of 16 rebels who switched from Congress & JDS.