Ahead of the high-stakes MLC polls, Karnataka CM Basavaraj Bommai accused the Congress party of trying to win the election through immoral splurge of money. 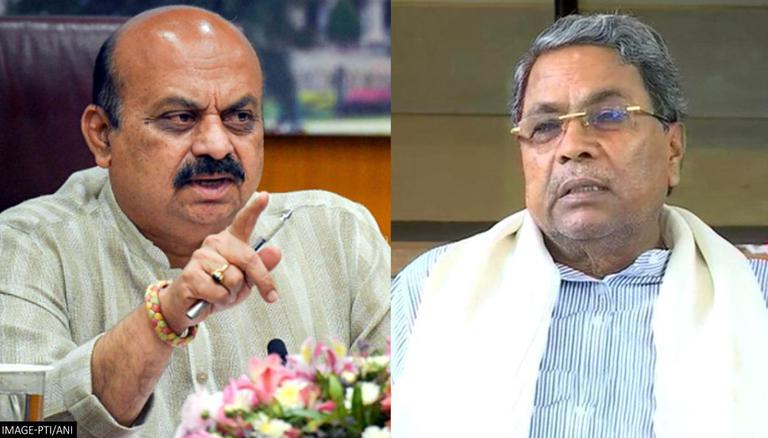 
Ahead of the high-stakes MLC polls, Karnataka CM Basavaraj Bommai accused Congress of trying to win the election through immoral splurge of money. 25 seats of the state Legislative Council will go to the polls on December 10 to fill the impending vacancy caused by the retirement of 15 Congress members, 6 BJP members and 4 JD(S) members in January 2022. At present, BJP has 32 MLCs in the 75-member House followed by Congress and JD(S) which have 29 and 13 seats respectively.

Addressing the 'Vijay Sankalp' convention in Attibele on Sunday, Basavaraj Bommai was quoted as saying by PTI, "Congress had stooped to the level of using any means to win the election. Fielding those with moneybags as its candidates, making them pay big for the party kitty. Fall of morality in Congress party is clear. People should show Congress its place as the party is trying to win the election through immoral splurge of money."

BJP's frontal attack on Congress comes at a juncture when the party is vying for an electoral arrangement with JD(S). After PM Modi met JD(S) supremo HD Deve Gowda in the Parliament on November 30, the Karnataka CM revealed that his predecessor BS Yediyurappa and HD Kumaraswamy will take a final call on forging a pre-poll alliance. The MLC election has assumed significance as this is an opportunity for the JP Nadda-led party to get a majority in the Karnataka Legislative Council.

After the fall of the HD Kumaraswamy-led government in Karnataka, JD(S) and BJP have started collaborating with each other in the Legislative Council where the ruling party does not have a majority. Though BJP is the single-largest party in the Legislative Council, it requires the support of JD(S) which has 13 MLCs for the passage of crucial legislation. To begin with, the Deve Gowda-led party backed the Karnataka Land Reforms (Second Amendment) Bill, 2020 which eased the restrictions on buying agricultural land in December 20. After ruckus broke out in the Council on December 15, 2020, JD(S) and BJP legislators jointly complained to the then Karnataka Governor Vajubhai Vala regarding the incident.

On January 29, BJP MLC MK Pranesh was elected as the Deputy Chairman of the Legislative Council after the post fell vacant following the untimely demise of SL Dharmegowda. As JD(S) supported Pranesh's election, BJP returned the favour by backing the regional party's nominee Basavaraj Horatti for the Chairman's post. This election was necessitated by K Prathap Chandra Shetty's resignation as Chairman to pre-empt a no-confidence motion against him by BJP. Furthermore, JD(S) reversed its earlier stance by deciding to back the anti-cattle slaughter legislation in the state Legislative Council.