"We have to register our protest, instill confidence in Sonia Gandhi against false cases and attempts to intimidate us," said KPCC chief DK Shivakumar. 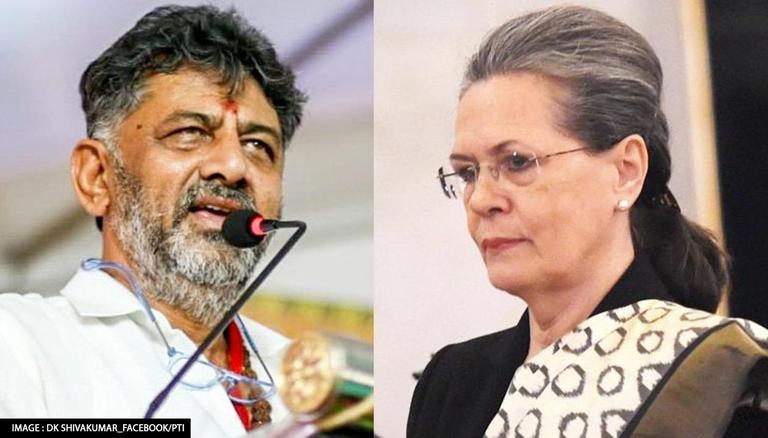 
Congress in Karnataka is set to hold a protest on July 21, as party national President Sonia Gandhi will appear before Enforcement Directorate (ED) that day for questioning in the National Herald newspaper-linked money laundering case.

The Congress has alleged that the ruling BJP is misusing agencies to harass the Congress leadership and opposition party leaders in this country.

“Sonia Gandhi has expressed her willingness to appear (before ED) and she has been asked to appear at the time when Parliament is in session. This is after ED questioned Rahul Gandhi for five days, they could not provide any evidence and kept questioning him on same things,” state Congress President DK Shivakumar said.

Speaking to reporters in Bengaluru, he said it is an attempt to put a black mark on the charisma of the party and its leadership.

“The Congress has decided to protest this country-wide on July 21, in Bengaluru also a large scale protest will be held and all leaders, legislators, and workers have to attend it mandatorily, even if we are arrested. The protest will be from Freedom Park to Raj Bhavan,” Shivakumar said.

On July 22, similar protests will be held at all district centers and it will see the participation of all office bearers and local leaders. The KPCC chief said state-level senior leaders will also participate in the protests in different districts.

“We have to register our protest, instill confidence in Sonia Gandhi against false cases and attempts to intimidate us. We will have to send out a message that we will not fear such things,” he said.

Shivakumar said the Gandhi family has sacrificed a lot for this country and they should be treated with humanity.

“Sonia Gandhi refused to take the Prime Minister’s post (in 2004) in the interest of the nation and gave it to an economist like Dr Manmohan Singh… Sonia Gandhi is a symbol of sacrifice, it is under her leadership Congress was in power for ten years, and we brought her to politics to safeguard this country and the party,” he said.

“What has BJP done? What is their contribution to the country? They are speaking about the national flag now, but for years it was not flown on RSS office,” he added.

The ED has asked Sonia Gandhi to appear for questioning on July 21 in the National Herald-linked money laundering case. Gandhi was issued a summon for June 23 by the agency, but the 75-year-old leader could not appear then due to post-COVID recovery.

Her son and Congress MP Rahul Gandhi was questioned by the agency in the case for over 50 hours in sessions spread across five days.