As the drama intensifies in Karnataka following the resignation of 14 Congress-JD(S) MLAs expressing disappointment with the government-led by CM HD Kumaraswamy, the rebel MLAs who have submitted their resignations have flown out of Bangalore on a special flight on Saturday.

As the drama intensifies in Karnataka following the resignation of 14 Congress-JD(S) MLAs expressing disappointment with the government-led by CM HD Kumaraswamy, 10 of 14 MLAs who have submitted their resignations have flown out of Bangalore to Mumbai on a special flight on Saturday.

As per news agency ANI, 10 Congress-JD(S) MLAs have left for Mumbai, while 3 Congress MLAs - Ramalinga Reddy, S.T. Somashekar and Munirathna - will stay back in the state.

Meanwhile, a number of MLAs have put forth a series of demands in order to take back their resignation. Sources have told that senior Congress leader Ramalinga Reddy has demanded to be made Bangalore Development Minister in return to take back resignation.

JD(S) leader H Vishwanath addressed the media on Saturday afternoon and confirmed that 14 MLAs have resigned against the Government. He stated that the MLAs wrote to the Speaker accept the resignation, reasoning the decision with the dissatisfaction with the current government.

Amid the crisis, DK Shivakumar reportedly tore down the resignation letter of four ministers in the Speaker's chamber, and attempted to hold talks with senior leaders including Ramalinga Reddy, Basavaraj Rayareddy, Munirathna, and S T Somashekhar in order to control the critical situation.

If the resignations are accepted by the Speaker, the ruling Congress JD(S) coalition will lose majority in the 224-member Assembly with its strength coming down to 104. 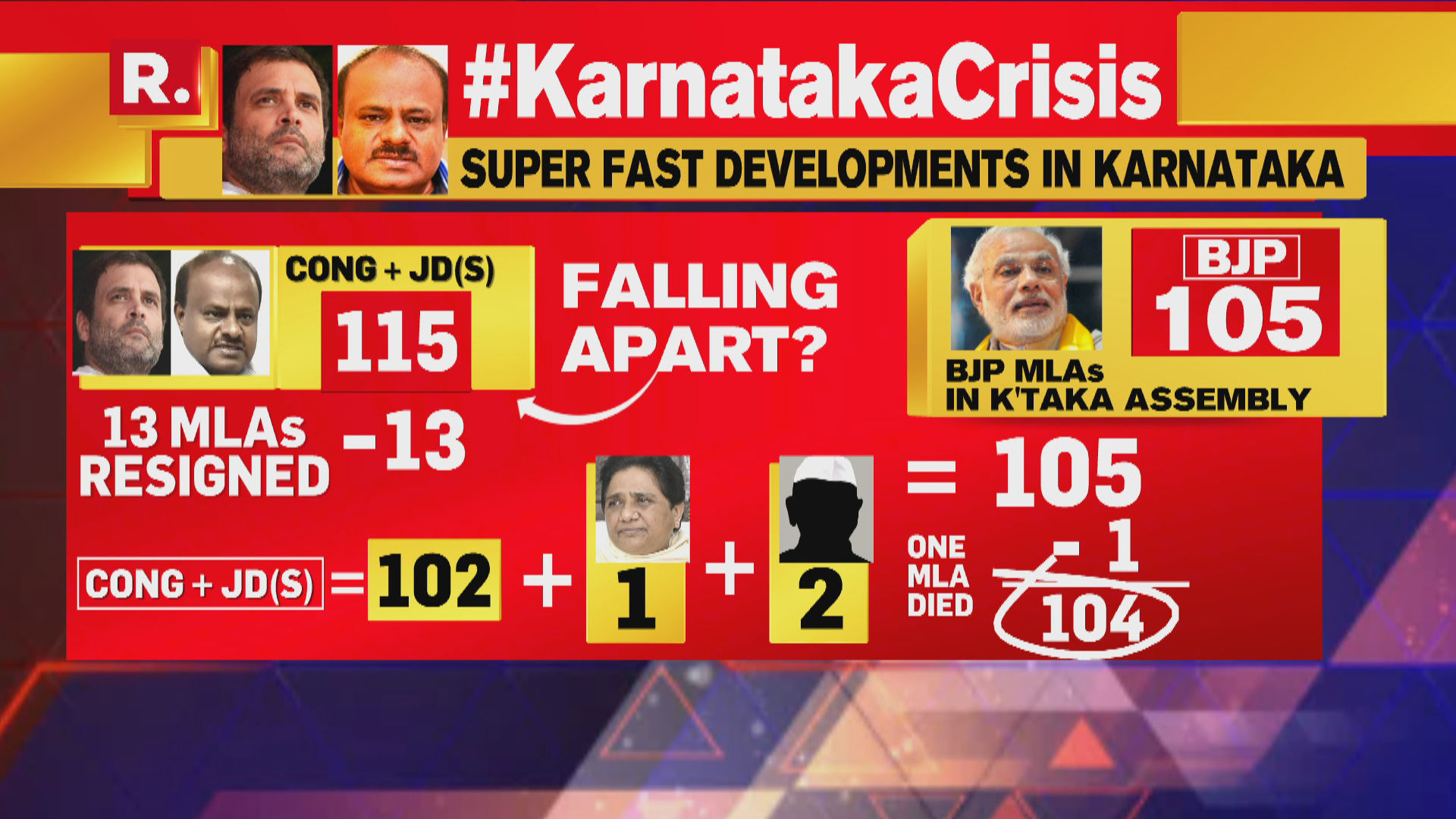 Here's all you need to know in the Karnataka Crisis