Republic TV has accessed an exclusive photo of the aide of BJP leader from Karnataka Yeddyurappa's outside the hotel where the rebelling JD(S) leaders are staying.

Republic TV has accessed an exclusive photo of the aide of BJP leader from Karnataka Yeddyurappa's outside the hotel where the rebelling JD(S) leaders are staying.

The Personal Assistant of Yeddyurappa has been photographed outside the hotel and also seen with JD(S) leaders including former party president H Vishwanath.

Below is the image: 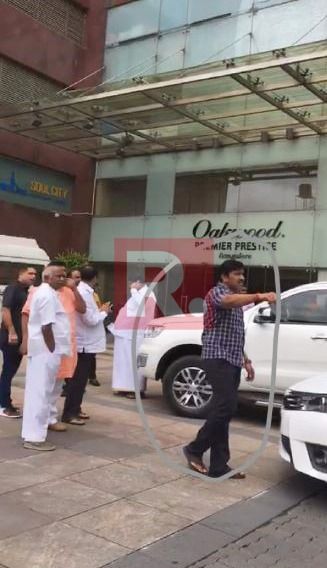 On Friday, Republic TV broke a sourced-based story about a total of eight leaders from Congress and JD(S) meeting the Karnataka Assembly Speaker KR Ramesh Kumar in Bengaluru. Three of the eight leaders belong to the JD(S) and the five leaders belong to the Congress. They have tendered their resignation from their respective parties over some discontent, say sources. The leaders include H Vishwanath, Mahesh Kumthalli, BC Patil, Ramesh Jarkiholi, Shivaram Hebbar, Narayan Gowda, Gopaliah and Pratap Gowda.

Apart from the above-mentioned MLAs, three more Congress MLAs-  Byrathi Basavaraj, ST Somashekar, and Munirathna are reportedly set to submit their resignations, say sources. Two more Congress MLAs are likely to resign from their posts, as per sources.

Below is the image of the MLAs meeting in the Speaker's chambers: 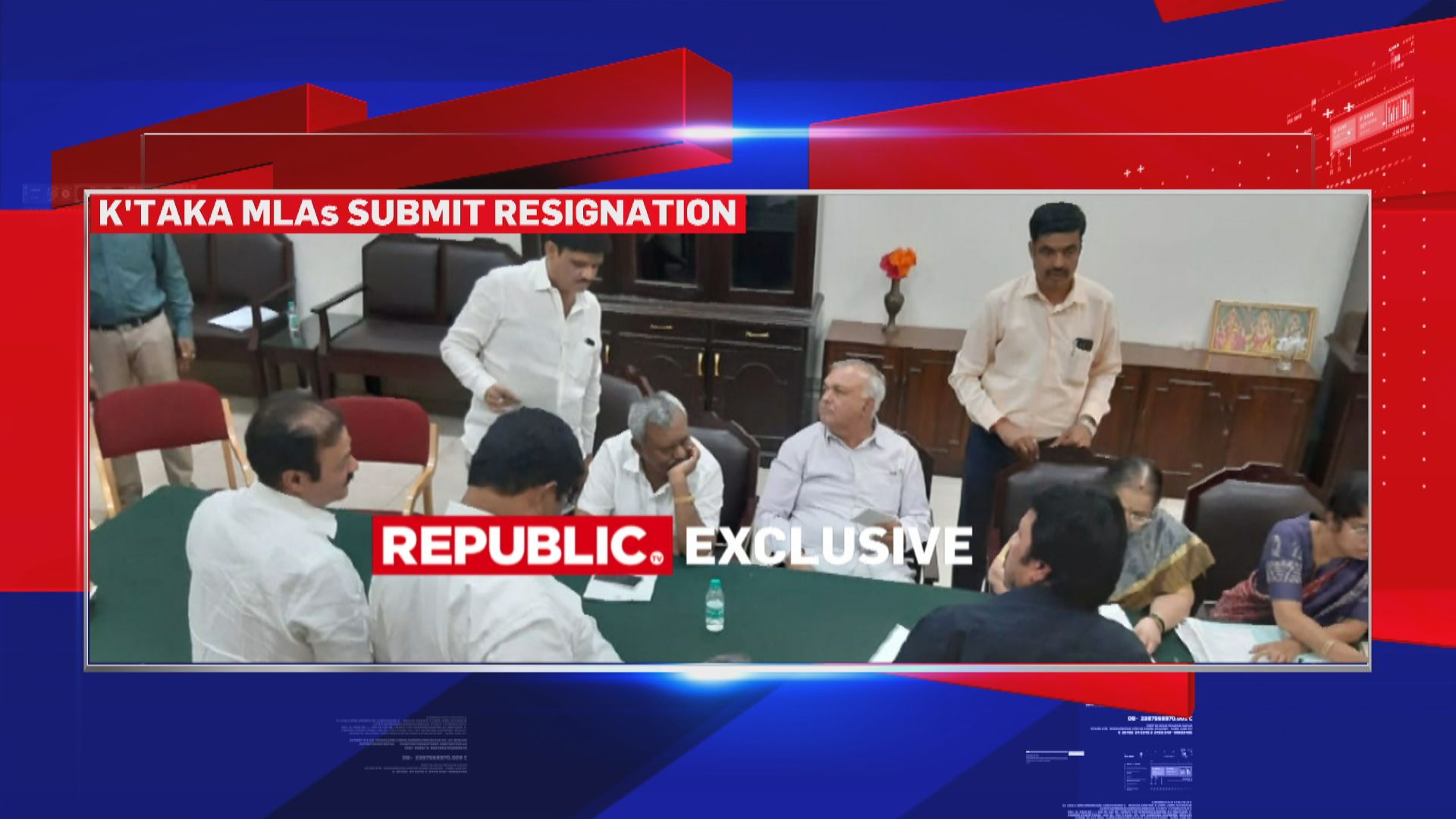 Deputy Chief Minister G. Parameshwara and State minister DK Shivakumar have called an emergency meeting of Congress Bengaluru MLAs and Corporators later on Friday following the resignations of eight of their MLA

Meanwhile, Congress' Ramalinga Reddy confirmed to Republic TV saying that he's resigning but his daughter is an Independent and her decision is her call."Now I'm resigning. I don't know what will happen from now on," he said.

The Congress and JD(S) coalition, which won 115 seats combined, is currently in power in the Karnataka State Assembly managing a slim margin over the BJP's 105 seats.