Snubbing PM Modi once again, Telangana CM K Chandrashekar Rao decided against receiving him on his arrival at the Begumpet Airport in Hyderabad on Saturday. 
Breaching the protocol for the third time, Telangana CM K Chandrashekar Rao decided against receiving PM Narendra Modi on his arrival at the Begumpet Airport in Hyderabad on Saturday. Instead, he has deputed Minister Talasani Srinivas Yadav, who holds the portfolios of Animal Husbandry, Fisheries, Dairy Development and Cinematography, to receive the PM when he lands at 2.55 pm and see him off two days later. During PM Modi's last two visits to the state also, KCR avoided welcoming him at the airport amid the growing animosity between TRS and BJP.

Interestingly, the TRS supremo has confirmed that he will receive the opposition's presidential candidate Yashwant Sinha at the same airport when he lands at 11 am. The former is also scheduled to host a lunch in honour of Sinha, a BJP leader who jumped ship to TMC. The Telangana CM's actions are being seen in the light of the BJP emerging as a key player in Telangana politics by winning 4 Lok Sabha seats in the 2019 General Election, 48 Greater Hyderabad Municipal Corporation wards and the Dubbak and Huzurabad by-elections. The PM is visiting Hyderabad to attend BJP's two-day national executive meeting. 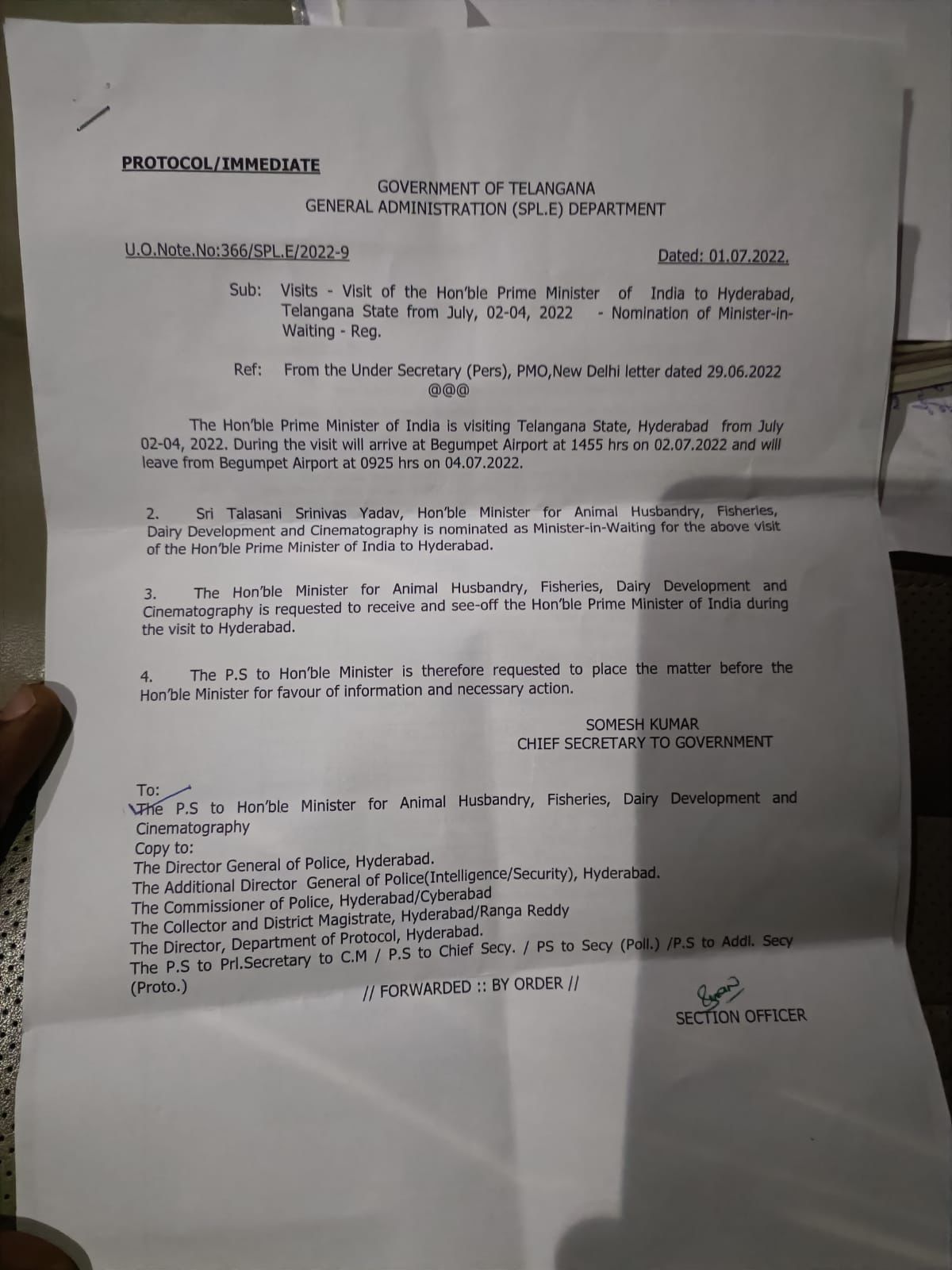 Over the last few months, KCR has often expressed a desire to unite other regional forces in the last few months and stepped up his criticism of the BJP and PM Modi over a number of issues. On February 13, the Telangana CM announced that he will soon meet both West bengal CM Mamata Banerjee as well as the then Maharashtra CM Uddhav Thackeray in an endeavour to unite political parties against the BJP government. A week later, he visited Mumbai along with a delegation comprising his daughter K Kavitha, actor Prakash Raj and other TRS leaders and met both Thackeray as well as NCP supremo Sharad Pawar.

Addressing a press conference alongside the Shiv Sena president on February 20, KCR said, "There is a need in the country for a strong, inclusive India. We will speak to regional parties and national parties as well. We want to work with the inspiration of Shivaji Maharaj and fight for democracy and justice. I invite Uddhav Thackeray to Hyderabad. I am very happy after today's meeting. We will talk with more CMs of other states". On TRS' 21st Foundation Day, the party adopted a resolution vowing to play a key role in national politics and called for an end to the 'divide and rule' policies allegedly pursued by the Centre.