Earlier on Friday, several candidates of the ruling TRS government, opposition BJP, and Congress filed their nomination papers for the bypolls to the Huzurabad. 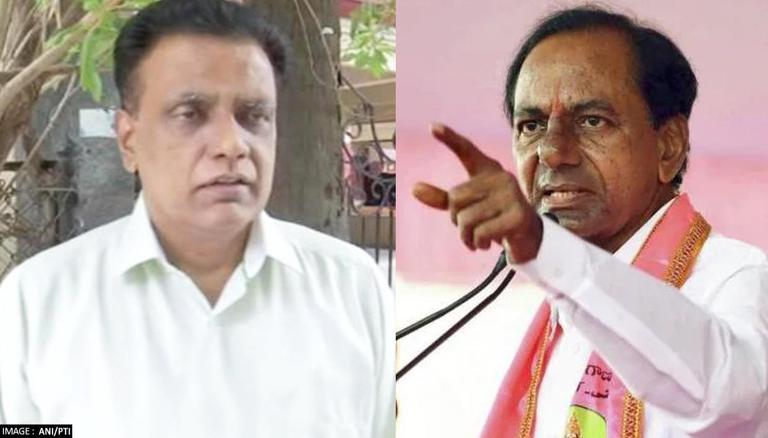 
Taking a jibe at Telangana Chief Minister K Chandrashekhar Rao, BJP leader NV Subhash remarked that CM KCR changes his colour like a chameleon and always opposes Prime Minister Narendra Modi for gaining political mileage. His comments came a day after CM KCR launched a scathing attack at the Centre and said that he was ready to fight with the Centre for the rights of the state. He also said that he was ready to join hands with anyone for it.

Further, speaking on the CM's alliances with other opposition parties, the BJP leader said, "He is extremely quick to join other parties who opposed BJP and PM Modi for gaining some political mileage. Even in 2018, he wanted to form a third front with help of Mamata Banerjee, Lalu Yadav and Arvind Kejriwal. But his dreams were shattered after Narendra Modi-led BJP won 302 seats in 2019 General Assembly elections and returned to power for the second time."

BJP leader Subhash further said that the people of Telangana will be voting against KCR-led Telangana Rashtra Samithi (TRS) in the upcoming bypolls and Assembly elections. "There are so many policies that have not been implemented. People have become wise. His attempts at being a part of a third front will fail too since even the opposition parties do not trust him", he added.

Earlier on Friday, several candidates of the ruling TRS government, opposition BJP, and Congress filed their nomination papers for the byelections to the Huzurabad Assembly constituency. As per that, Gellu Srinivas Yadav from TRS followed by Eatala Rajender from BJP and Venkat Balmoor from Congress submitted the nominations.

Meanwhile, bypolls in the Huzurabad constituency are scheduled to be held on October 30 after the seat fell vacant. The elections have been necessitated due to resignation by Eetala Rajender from the ruling TRS.

Reportedly, he was removed from the state cabinet over the allegations of land grabbing. However, Rajender who denied all the allegations later joined the Bharatiya Janata Party and is now contesting the bypolls.