Delhi Chief Minister Arvind Kejriwal and Deputy CM Manish Sisodia, who is facing a Central Bureau of Investigation (CBI) probe in the Delhi excise policy, will visit Gujarat on Monday to "guarantee education and health". 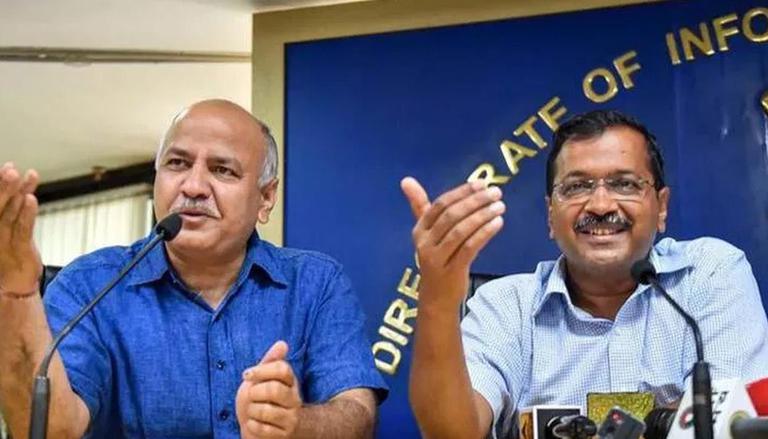 
Delhi Chief Minister Arvind Kejriwal and Deputy CM Manish Sisodia, who is facing a Central Bureau of Investigation (CBI) probe in the Delhi excise policy, will visit Gujarat on Monday to "guarantee education and health".

The CBI has filed a First Information Report (FIR) against 15 persons, including Sisodia, in the corruption case related to the implementation of the Delhi Excise Policy.

The Central agency on Friday carried out searches at 31 places, which included premises related to Sisodia in Delhi as well as some bureaucrats and businessmen, in various cities.

"On Monday, Manish ji and I will go to Gujarat for two days - to guarantee education and health. Like Delhi, Gujarat will also have good schools, good hospitals and Mohalla clinics. Everyone will get a good education and good and free treatment. People will be relieved. We will also interact with youth," Kejriwal said in a Tweet.

This will be the fifth visit of the Aam Aadmi Party (AAP)'s national convener this month to Gujarat where Assembly elections are due in December this year. The AAP had announced the names of its candidates for 19 seats so far.

Kejriwal had earlier assured "guarantees" to people in Gujarat including free electricity up to 300 units in a month, free and quality education, a Rs 3,000 monthly unemployment allowance and a job to every youth in Gujarat if his party was voted to power. He had also promised Rs 1,000 to all women above the age of 18 years if they are willing to accept such a grant in the state.

AAP's Gujarat president Gopal Italia on Saturday said the raids and FIR against Sisodia were a fallout of a "massive support" the party has generated, especially in poll-bound Gujarat.

"The way AAP created hopes in the minds of parents all over the country, especially in Gujarat, through its model schools, and the way the AAP is slowly becoming powerful in Gujarat, the BJP sent the CBI to Sisodia's house.

"I believe that many people died after drinking spurious liquor in Gujarat where illicit liquor worth ₹20,000 crore is sold every year. There should be a CBI inquiry," Italia told reporters in Surat.

At least 42 people died due to the consumption of spurious liquor in Gujarat’s Botad district last month.

Italia alleged the CBI raids (on Sisodia's premises) are meant to stop AAP in Gujarat.

"Earlier, the BJP and the Congress together tried to fool the people of Gujarat. With the entry of honest AAP, the BJP is afraid of losing the elections. That's why the CBI raided Sisodia's house and efforts are being made to create an atmosphere of fear in the whole country," he alleged.

He said AAP will fight BJP with all its strength.