'Kejriwal's Honesty Is A Joke': BJP After Kodihalli Chandrashekhar's Induction To AAP

BJP's Amit Malviya took a jibe at Arvind Kejriwal after AAP inducted Kodihalli Chandrashekhar, who was allegedly seen demanding a bribe in a sting operation. 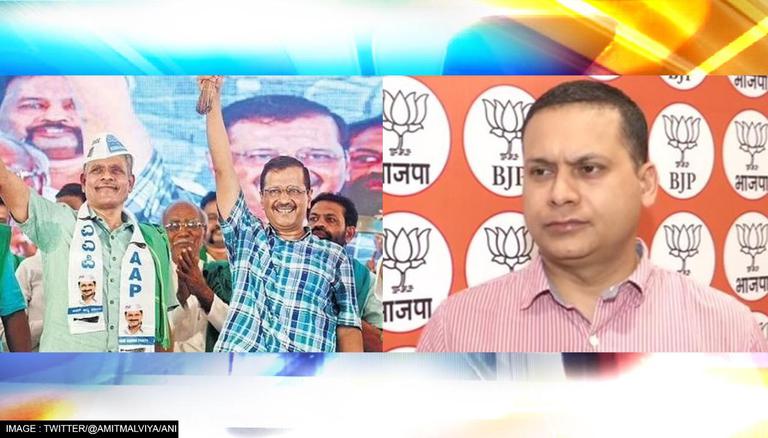 Taking to his Twitter, in charge of BJP's National Information and Technology Department, Amit Malviya wrote, "Recently in Karnataka, Arvind Kejriwal inducted Kodihalli Chandrashekhar in AAP. This week, farmer’s union expelled the same Chandrashekhar, after a TV sting showed him demanding 35 crore to end KSRTC employees’ strike, he led in 2021."

This week, farmer’s union expelled the same Chandrashekhar, after a TV sting showed him demanding 35 crore to end KSRTC employees’ strike, he led in 2021.

Delhi  Minister Satyendar Jain, on Monday, was taken into custody by ED in a money laundering case. The development came after last month, the ED attached properties worth Rs 4.81 crore of the family and companies "beneficially owned and controlled" by the Delhi Minister. Jain is set to be produced before the Rouse Avenue Court today (June 2). The ED initiated a money-laundering investigation on the basis of an FIR that was registered by the CBI against Jain and others in the year 2017 under the provisions of Section 109 of IPC and Sections 13(2) and 13(1) (e) of Prevention of Corruption Act.

Defending his colleague, CM Kejriwal said, "This is a fake case. Our party is extremely clean. We don't tolerate corruption in Punjab; there was just audio of a Minister. If we wanted, we could have saved him, but we removed him. Similarly, I had also removed a Minister in Delhi. We don't wait for agencies to take action. However, agencies also act in the wrong ways. Satyendar Jain is being pushed into the case. This false case won't last. I would have taken action if this case had anything, but it has nothing in it."

READ | Brijesh Kalappa claims, 'AAP reaching out like other parties' after he quits Congress

"I have personally studied this (Jain's arrest by ED) case, it is completely fraud. We neither tolerate corruption nor do we indulge in corruption. We have a very honest government. He has been targeted because of political reasons. We have faith in our judiciary," he told reporters.