Kejriwal's ' ₹1000/month To Each Punjab Woman' Tenable? Anand Ranganathan Breaks It Down

With Punjab under nearly Rs 2,82,000 crores of debt, Ranganathan said that the taxpayers who were in turn working hard for India’s development were 'priceless.' 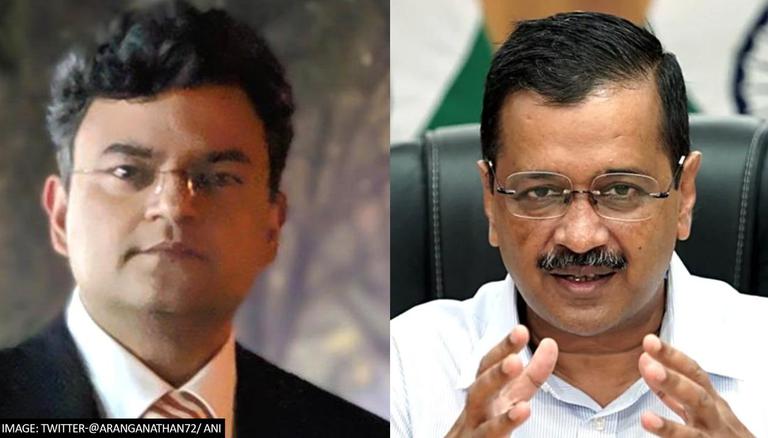 
Columnist and scientist Anand Ranganathan on Monday reacted to Delhi Chief Minister Arvind Kejriwal's ambitious 'women empowerment programme' pitch in Punjab, raising questions on the financial implications of the scheme. Taking to Twitter, Ranganathan laid down the numbers related to Kejriwal's Rs 1000/month proposition, saying that with 11 million adult women in Punjab, the cost of his promise would translate to Rs 13,200 crore per year. With Punjab under nearly Rs 2,82,000 crore debt, Ranganathan said that the taxpayers who were in turn working hard for India’s development were 'priceless.'

Ahead of the Punjab Assembly Elections 2022, Delhi Chief Minister Arvind Kejriwal made a massive announcement and declared that every adult woman of the state will receive Rs.1000 per month if the Aam Aadmi Party (AAP) comes to power. While addressing an event in Moga on Monday, the AAP supremo dubbed it as the "biggest women empowerment" programme. Kejriwal remarked that his scheme will help women attend college on their own funds and free them from the financial dependency of their fathers or husbands. The leader, however, refrained from disclosing the financial implications of the move, and appealed to women to give a chance to AAP this time.

If we form govt in Punjab in 2022, then we will give every woman of the state, who is above 18 years of age, Rs 1000 per month. If a family has 3 female members then each will get Rs 1000. This'll be the world's biggest women empowerment program: Delhi CM Arvind Kejriwal in Moga pic.twitter.com/7hAwC4achY

As a part of his 'Mission Punjab' campaign ahead of Punjab Assembly elections 2022, Arvind Kejriwal is on a two-day visit to the state where he is set to visit many areas. During his earlier visit. Arvind Kejriwal had promised 300 units of free electricity, waiver of outstanding electricity bills and uninterrupted round-the-clock electricity in the scenario that the Aam Aadmi Party wins the 2022 Punjab election. Apart from these, AAP's poll sops also include free and quality healthcare for all, free medicines, tests and operations, free health cards for all 16,000 Pind clinics, construction of new world-class hospitals and free treatment of all road accident victims.

The Aam Admi Party (AAP) has also launched an attack on the Congress government in the state and Punjab Chief Minister Charanjit Singh Channi calling him 'Nakli (Fake) Kejriwal'. The party has accused Channi of emulating Kejriwal's promises to the state.

A new guy, named "Nakli Kejriwal" is seen in Punjab posing as an "Aam Aadmi"

He has been shamelessly "Copying" Original Kejriwal's Model but is failing to implement it.