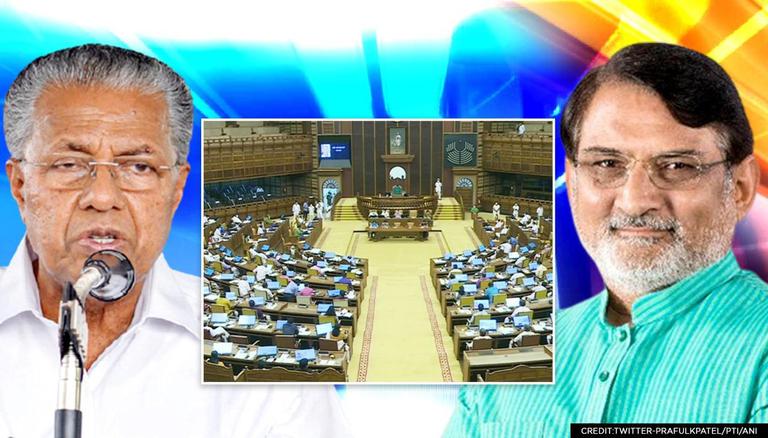 
Amid growing opposition to Lakshadweep Administrator Praful Khoda Patel, the Kerala Assembly on Monday unanimously passed a resolution demanding his ouster. Extending solidarity with the people while introducing the resolution, Kerala CM Pinarayi Vijayan cited the state's historical and cultural connect with the Union Territory. According to him, laying off employees, demolishing sheds of fisherfolk and diluting the powers of district panchayats portrayed a colonial mindset and an attempt to impose the Hindutva agenda.

Kerala CM Pinarayi Vijayan remarked, "Centre should intervene in Lakshadweep issue. It's Centres responsibility to ensure that people's interest should be protected". "The Administrator, who is challenging the interests of the people, must be removed and the Centre must take immediate action to protect the lives and livelihood of people of Lakshadweep," he added.

The resolution mentioned that "dictatorial measures" endangering the culture and tradition of the locals were adopted despite local protests. Stressing that the people of Lakshadweep are peace-loving, it claimed that their livelihood was being snatched away in the name of "development". Taking umbrage at coconut trees being painted with the saffron colour under the garb of "beautification", the resolution also sought the withdrawal of all controversial decisions.

Kerala Legislative Assembly has unanimously passed the resolution to call back the administrator of Lakshadweep & seek centres intervention in the Lakshadweep issue pic.twitter.com/MjshToe6kn

Multiple opposition parties including Congress, NCP, Makkal Needhi Maiam and CPI(M) have joined hands in seeking the recall of the Lakshadweep Administrator for his purported "anti-people" policies. A BJP leader, Praful Khoda Patel took charge in December 2020 thus becoming the first person from a non-civil service background to be appointed to this post. Defending the contentious rules, the Lakshadweep Collector claimed that the administration wished to develop the Union Territory as the next Maldives.

Here are some of the concerns raised by the opposition: