The state BJP head announced that the saffron party will organise the protest on November 25, demanding a probe by the central agency, NIA, in the matter. 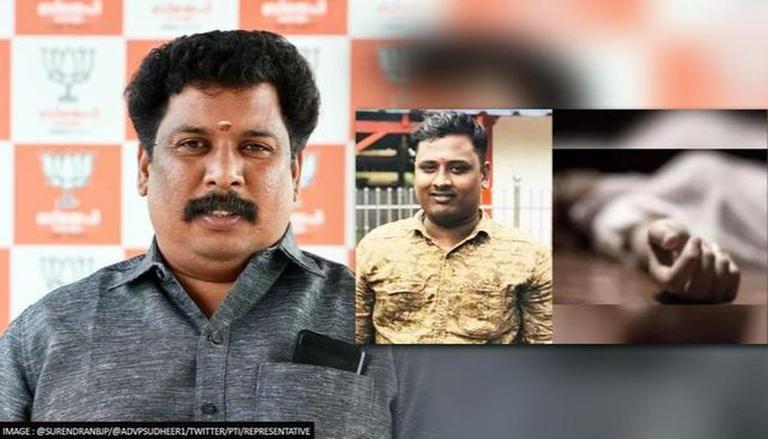 
Days after the brutal murder of a Rashtriya Swayamsevak Sangh (RSS) worker in Kerala’s Palakkad district due to political enmity, the Bhartiya Janata Party (BJP) on Sunday, November 21 declared that party members will stage a protest in the state on November 25, demanding a National Investigation Agency (NIA) probe in the matter. Making an announcement, the State BJP general secretary P Sudheer alleged that the murder was done in a political rivalry, whilst also alleging that the assailants belonged to the SDPI (Social Democratic Party Of India).

The state BJP head announced that the saffron party will organise the protest on November 25, demanding a probe by the central agency, NIA, as the party ''believes that the ruling dispensation sides with the Islamic terrorists and will provide refuge to the alleged perpetrators of the SDPI.''

The BJP has voiced out to demand justice for the RSS member who was stabbed 50 times.

"The Left government is supporting the SDPI and it should end. We are demanding the state government to hand over both cases to the NIA. On November 25, the BJP will organise a march to all collectorates in the state demanding the NIA probe into the killing of RSS workers in Palakkad and Thrissur. In Thiruvananthapuram, the protest will be held before the secretariat," he said.

Sudheer made the announcement at a presser, where he reiterated that just like the previous killing of an RSS member in cold blood, in Thrissur, this time again the SDPI was behind these murders.

A Rashtriya Swayamsevak Sangh (RSS) worker was hacked to death in Kerala's Palakkad district on November 15. The deceased, identified as S Sanjith, was killed in an ambush attack while he had been riding his motorcycle with his wife, according to police. The attack, according to the BJP, was carried out by the Social Democratic Party of India, a political wing of the Popular Front of India (PFI).

Police said that Sanjith, who is from Elappully, was stabbed more than 50 times. Following the murder, the region was tense, and police had been keeping a close eye on everything. According to them, an investigation has been initiated to track down the accused who fled the site following the incident.

I strongly condemn the brutal murder of BJP karyakartha Shri.Sanjith (27) by SDPI terrorists. He is a resident of Mambaram, Palakkad. There exists an unholy nexus between the ruling dispensation & radical Islamic elements. I urge the CM @vijayanpinarayi to book the perpetrators. pic.twitter.com/NILNRdDwCd