Swapna Suresh said that she will file a petition in the Kerala High Court seeking to dismiss the case registered against her by police on KT Jaleel's complaint. 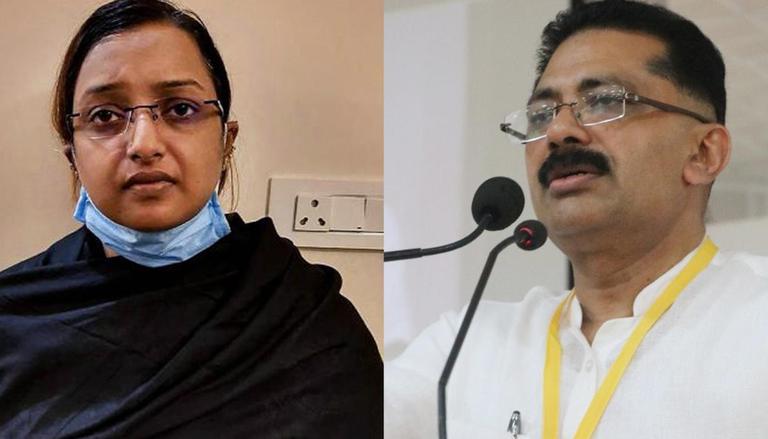 
Swapna Suresh, an accused in the Kerala Gold smuggling case, has come out strongly against former state minister and CPI(M) MLA KT Jaleel days after he filed a conspiracy case against her. Suresh told the media that she will reveal all the matters on Jaleel in her statement that she recorded under CrPc section 164 before the court.

Suresh also said that she will file a petition in the Kerala High Court on Monday seeking to dismiss the case registered against her by the police on the complaint of the Communist Party of India (Marxist) leader.

"Because the case against me is a conspiracy. Where did the actual conspiracy take place here? Who has done all this? Who conspired to take Shaj Kiran to me as a representative of the Chief Minister and take it to a settlement level?" she said.

'They are doing conspiracy'

She added, "In my section 164 CRPC statement, I have mentioned KT Jaleel. I just mentioned the names. I didn't defame anyone. I have not conspired against it. I have said the facts before the honourable court. They are doing conspiracy. So I will reveal to you immediately what I said in the section 164 statement about KT Jaleel."

Moreover, Suresh said that she will disclose the crimes committed by KT Jaleel. "Now that he has initiated against me for no reason, sending people to me for settlement and because I don't obey that. Let him put a lot of cases in my name. I don't care. But now I will bring what I have stated in my section 164 statement about KT Jaleel," she said.

The Kerala gold scam case dates back to July 2020, when 30 kg of gold worth Rs 15 crore hidden in diplomatic baggage was seized at the Thiruvananthapuram airport by the Customs Department.

Last week, Suresh revealed that she has declared in the court about the involvement of Kerala Chief Minister Pinarayi Vijayan, his wife Kamala, and his daughter in the case. She also claimed that baggage containing currency was sent to Vijayan when he was in Dubai in 2016. Meanwhile, Kerala CM has refuted allegations and termed them "baseless".