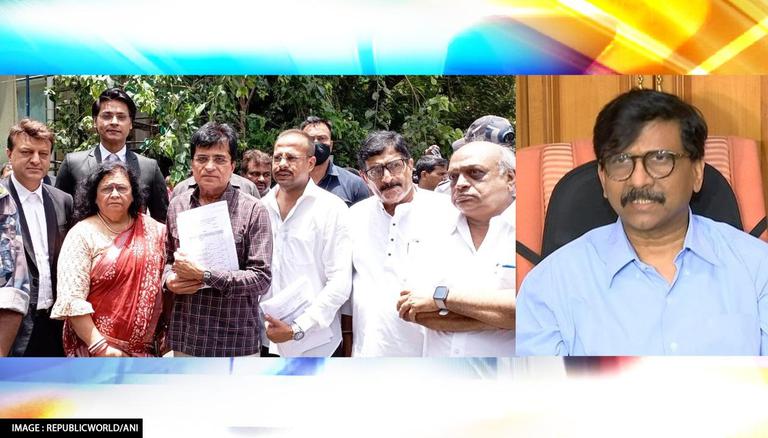 
Escalating the legal battle with Sanjay Raut, BJP leader Kirit Somaiya's wife Dr. Medha filed a defamation suit against the Shiv Sena Rajya Sabha MP on Monday. Apart from holding her and NGO Yuvak Pratishthan responsible for an alleged toilet scam worth Rs.100 crore, Raut claimed that the Mumbai Police's Economic Offences Wing is planning to order an investigation into the same. Dr. Medha Somaiya who is a professor of Organic Chemistry at Ruia College accused him of making baseless statements to malign her reputation.

Her petition read, "The applicant/plaintiff is a doctorate and carries high reputation in the society and in her profession. The said defamatory material has hurt the applicant/plaintiff tremendously by lowering her standing in the society and in the eyes of the general public, well-wishers, etc". Thus, she sought an order from the court directing Raut to pay Rs.100 crore to her or any other sum in the Chief Minister's Relief Fund.

Moreover, she demanded that the Sena spokesperson publish a complete unqualified apology and retract the allegations. Highlighting that the disposal of the suit might take a considerable amount of time, the former BJP MP's wife sought a temporary injunction restraining Raut and his associates from holding any press conference or publishing any material which is defamatory to her and her family members. Besides sending him a defamation notice, she has also filed a police complaint and a criminal defamation complaint before the Sewri metropolitan magistrate's court.

A two-time member of Lok Sabha who was denied a ticket in the 2019 General Election, Kirit Somaiya has been at the forefront of making corruption allegations against Shiv Sena leaders since the formation of the MVA government. In April, the Mumbai Police registered a case against the BJP leader and his son Neil Somaiya over the misappropriation of funds collected for saving decommissioned aircraft INS Vikrant from being scrapped. While Shiv Sena leaders such as Raut echoed this charge, the Somaiya father-son duo obtained pre-arrest bail from the Bombay High Court.

On April 23, Somaiya's SUV came under attack despite having Z security cover when he was leaving the Khar Police Station after meeting Independent MP Navneet Rana and her MLA husband Ravi Rana. He sustained a minor injury after the window of his SUV was shattered as a result of the stone-pelting. According to Somaiya, at least 70-80 Shiv Sena workers were responsible for the attack which purportedly took place in the presence of Mumbai Police personnel.