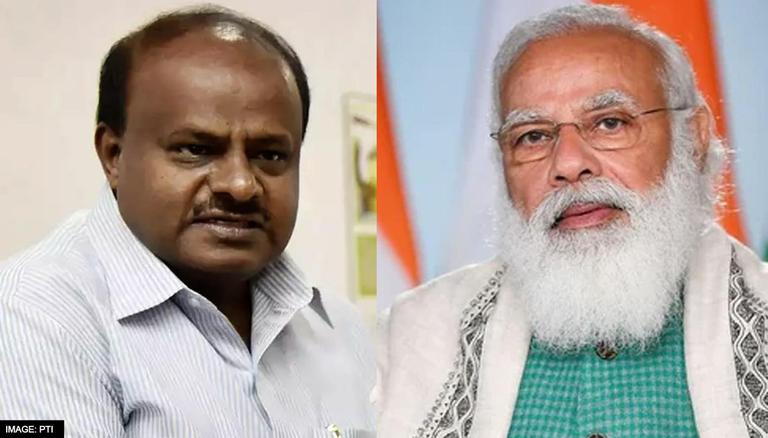 
Former Karnataka CM & JD(S) leader HD Kumaraswamy launched an attack on the PM Modi-led Centre and alleged that the ruling Bharatiya Janta Party was appointing RSS and BJP workers as IAS and IPS officers by recruiting them through UPSC.  Addressing the press, the Janata Dal ( Secular) leader claimed that the present government was not a BJP government or Modi government, but was an RSS government as the saffron party had appointed more than 400 cadres from its ideological wing as civil servants (IAS & IPS officers).

Kumaraswamy furthered his attack and accused the BJP of training its workers and RSS workers to write the Union Public Service Commission exam. He alleged that the BJP was purposely conspiring to build a team of bureaucrats to expand the party’s agenda, rather than serving the people’s needs. He also questioned the BJP top leaders over the resignation of senior party leaders LK Advani and Murli Manohar Joshi.

Speaking to the media, Kumaraswamy said, “This is not a BJP government or Modi government either. Why did they make Advani resign in 2014? Why did they make Murali Manohar Joshi resign? What we have here is an RSS government. More than 4000 civil servants (IAS, IPS officers) are BJP workers. They are RSS workers. They are given the training to write the exam. In 2016, there were 676 candidates selected. Under the banner of the RSS, you are forming a team of your bureaucrats to work for your agenda, rather than the benefit of the people.

'BJP is misleading youth in name of Hindutva'

He further added that rather than this, the government should focus on creating jobs and employment opportunities to pave the way for development. Before the next State Assembly elections are scheduled for 2023, his party will mobilise the youth of the state and launch “Mission 122 seats” to move to power in the state. He said, BJP focused on creating 2 crore jobs, but has rather created large scale unemployment.

“The BJP government at the Centre had promised to provide 2 crore jobs but has created a large crisis of unemployment. The BJP government in the state has completely neglected the decision taken by the 14-months Congress-JD(S) coalition government led by me to set up industrial clusters in nine districts,” Kumaraswamy said.