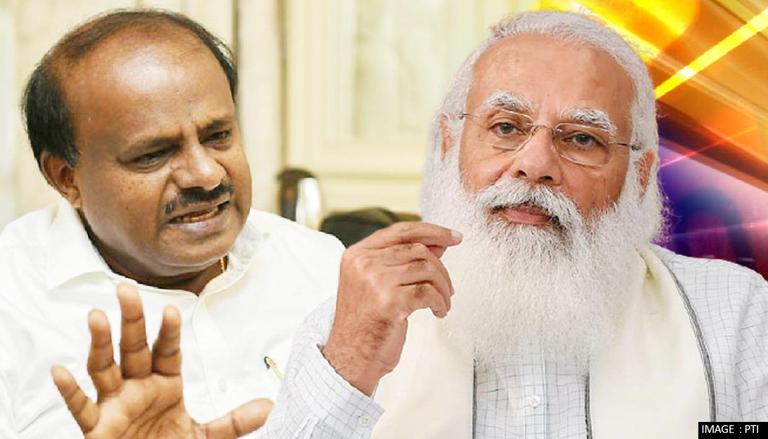 
Only hours after alleging the Rashtriya Swayamsevak Sangh (RSS) of hiring and training bureaucrats to fulfil their agenda, former Karnataka CM and JD(S) leader HD Kumaraswamy has now given out a clarification. Kumaraswamy on Wednesday claimed that he was not alleging any wrongful association when he made the comments on RSS and Bharatiya Janta Party (BJP). Earlier, the JDS leader claimed that the ruling government was appointing RSS and BJP workers as IAS and IPS officers by recruiting them through UPSC.

Clarifying that his comments were misread, Kumaraswamy said, "I have not spoken about any association, organisation or party. I read significant books written by several authors during the COVID-19 lockdown. I also studied some aspects of history. Those are just some of the things written in the books which I spoke." The former CM went on to add that he felt it was necessary to put the truth in front of the people in view of the current path.

"People need to know the truth anyway. I have no hesitation, no fear, to tell you the truth. My statement is neither in favour nor against anyone. My ambition is to have a true debate. I am always pro-truth," said Kumaraswamy. "I am not scared of RSS or its strength, RSS is the country's governing body at present. I am not saying that, it is the data and detailed I got from the RSS and I am putting them in front of the people," the JDS leader added. Kumaraswamy was speaking to media persons on the sidelines of a workshop organised for JD(S) workers at Bidadi when he alleged RSS of wrongfully hiring officers for service.

Kumaraswamy on Tuesday launched an attack on the PM Modi-led Centre and alleged that the government was appointing RSS and BJP workers as IAS and IPS officers by recruiting them through UPSC. He claimed that the saffron party had appointed more than 400 cadres from its ideological wing as civil servants (IAS & IPS officers). Kumaraswamy further accused the BJP of training its workers and RSS workers to write the Union Public Service Commission exam. He alleged that the BJP was purposely conspiring to build a team of bureaucrats to expand the party’s agenda, rather than serving the people’s needs. He also questioned the BJP top leaders over the resignation of senior party leaders LK Advani and Murli Manohar Joshi.