IUML staged a protest in front of the Lakshadweep Administration Office in Kochi on Saturday, May 29, against Administrator Praful Patel's new regulations. 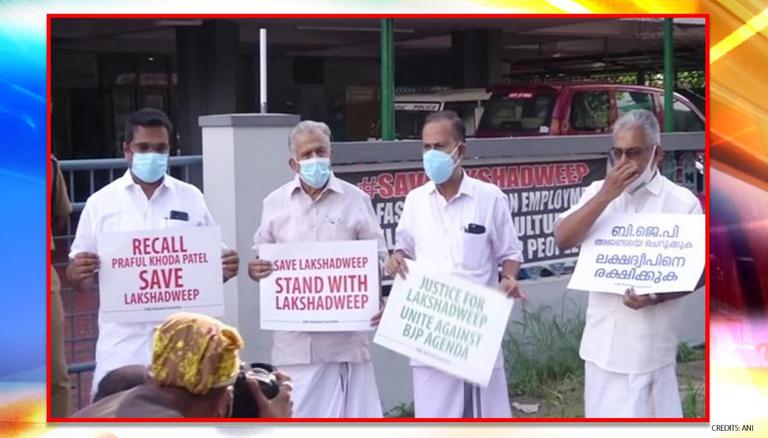 IUML leader stated, "Muslim League will continue its strong agitation until the wrong policies of the island's administrator and the central government that supports him are corrected. The Administrator is trying to make the island tense through anti-people measures. The life of the islanders, who were in a peaceful atmosphere, became very difficult when Praful Patel became the new administrator. The court itself had to express concern."

Patel, he claimed, is attempting to apply policies of the central government in the Union Territory, which might have severe implications.

Basheer said, "Even those who protest against the brutal measures on social media are being prosecuted and arrested. Efforts are being made to invite monopolies to the island by reducing the rent of the land. The administrator is trying to implement Prime Minister Narendra Modi's own policies by abolishing the panchayat raj system, banning beef, establishing bureaucratic sovereignty over the democratic system, and prosecuting innocent fishermen. Attempts are being made to privatize the air ambulance system, including Bangara Island."

He noted, "This can lead to serious consequences. It is the responsibility of all who desire good, to stand with the people of the island. Everyone must stand together in this struggle."

Patel, who was appointed as the Administrator of Lakshadweep in December 2020, is facing resistance from residents of the union territory and lawmakers from both Lakshadweep and Kerala over policies he has implemented. Many Congress leaders, including Rahul Gandhi, recently wrote to Prime Minister Narendra Modi, pleading with him to reverse the "anti-people policies" imposed by Lakshadweep administrator Praful Khoda Patel.