The fodder scam case against the former Bihar Chief Minister Lalu Prasad Yadav pertains to the fraudulent withdrawal of Rs 3.5 crore from the Dumka treasury 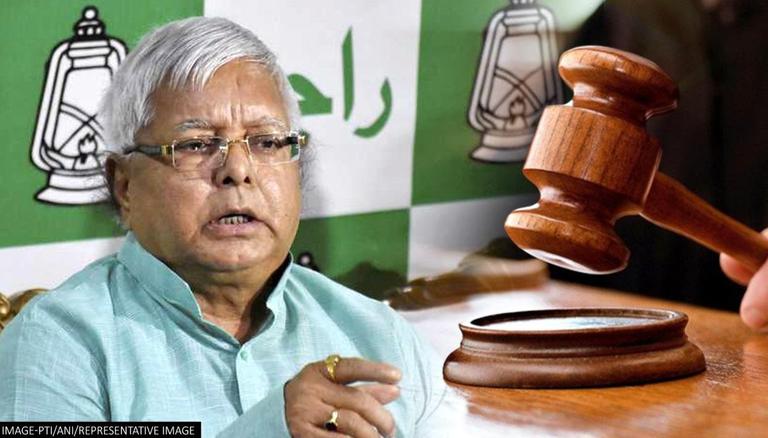 
The Patna Central Bureau of Investigation (CBI) court on Tuesday has postponed the hearing of Bihar Chief Minister and RJD president Lalu Prasad Yadav in connection to the fodder scam case for November 30. Earlier in the day, the former Bihar Chief Minister appeared at the Patna CBI Court for his hearing on Monday. He appeared before the court after being summoned by the CBI court for being physically present in the hearing pertaining to the illegal withdrawal of Rs 47 lakh from the Banka district treasury.

Earlier, he was granted bail by the Jharkhand High Court in April in connection to the fraudulent withdrawal from Dumka Treasury, which is also one of the cases related to the fodder scam. The court had also imposed a condition to Yadav for depositing two sureties of Rs 1 lakh each and a fine of Rs 10 lakh to the court.

The fodder scam case against the former Bihar Chief Minister Lalu Prasad Yadav pertains to the fraudulent withdrawal of Rs 3.5 crore from the Dumka treasury by the Animal Husbandry Department officials between 1991 and 1996 when Yadav was serving as the Chief Minister of Bihar.

According to the FIR filed against him, he has been accused of clearing forged bills amounting to lakhs of rupees. Meanwhile, the Banka-Bhagalpur treasury withdrawal is the only case going under trial in Bihar while the other five are registered in Jharkhand.

Lalu Prasad Yadav along with former Chief Minister Jagannath Mishra, Former Animal Husbandry Department Minister Vidya Sagar Nishad, former MLA Jagdish Sharma were among the 28 accused who were taken into cognizance in the treasury case. Later, Yadav was arrested and was in prison since December 2017, as he was sentenced to seven years imprisonment in 2018 under the Indian Penal Code (IPC) and seven years under the Prevention of Corruption Act in connection with the fodder scam case.