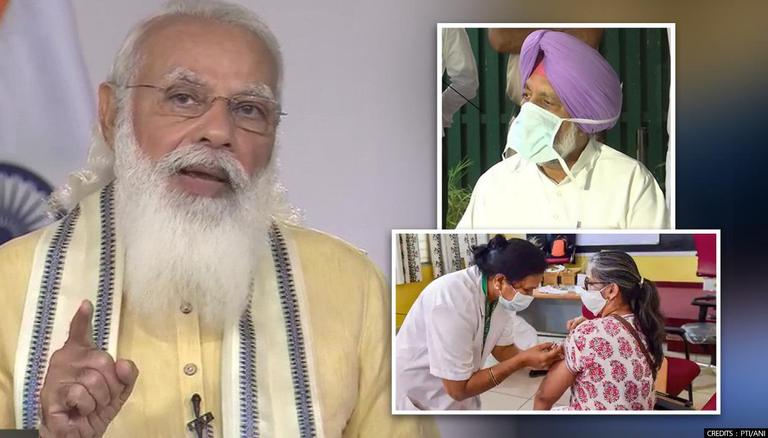 Balbir Singh Sidhu said, "This decision has been taken at a much later stage when private hospitals have already made huge profits in the vaccination process, while BJP leaders raised false allegations against Punjab government of making a profit by supplying the vaccines to private hospitals."

While commenting on the Centre's decision of taking all the purchase of vaccine under its purview, the Punjab Health Minister said the state/UT government do not enjoy the unique position of the GOI, which has the advantage of being a monopolistic buyer and can negotiate an appropriate price for the vaccine n behalf of the entire population of India as GoI was getting the Covishield vaccine at a price of Rs. 150 per dose whereas the state government was getting at Rs. 315 including GST for the same vaccine.

Balbir Singh suggested Central government to abolish the 25 per cent quota allocated to private players, keeping in view of administering free vaccines to all. He also urged the Prime Minister to refund payments made by the state governments for the COVID vaccine under the new policy.

READ | Four medical colleges to come up at Rs 1,500 crore in Punjab: Minister

Lashing out at the Centre for blaming the Punjab government for raising profits by supplying vaccines to private hospitals, the Minister said, "Considering the vaccine policy of the Central Government, the state government decided to prioritise the poor and most deserving sections, initially only persons with co-morbidities, construction labour, and families of healthcare workers."

He said that private hospitals were expected to cater to those in the 18-45 age groups who wanted to avail paid vaccination such as students and persons, who have to take up jobs in foreign countries and were not being covered in any of the priority groups.

"The month of May witnessed the peak of the second wave and many youngsters aged between 18-44 years appealed to our government for providing paid vaccines at private hospitals, as there was no vaccination available in the private hospitals of Punjab, unlike in other states. Therefore, efforts were made to persuade the private hospitals to procure vaccines, but only a few succeeded and got limited supplies from manufacturers, while others sought the support of the state government," he added.