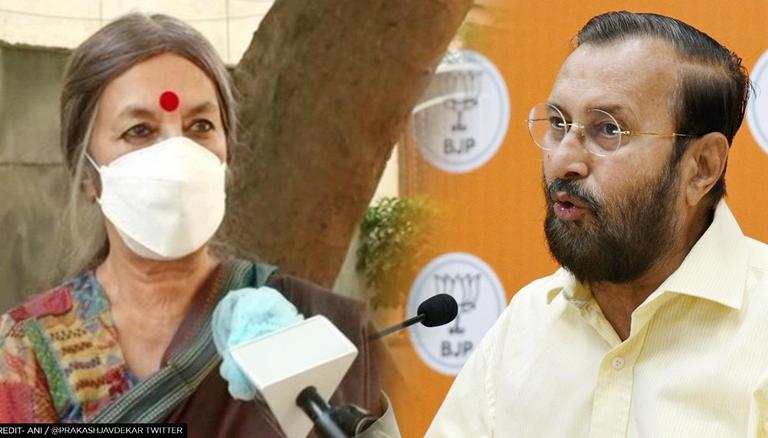 
Brinda Karat, the senior leader of the Communist Party of India (Marxist) asserted that India is facing a shortage of vaccines. Her statement comes after the Information and Broadcast Minister, Prakash Javadekar stated that the whole population of India will be vaccinated by December 2021. Karat claimed Javadekar's statement as false and said that it is shameful that BJP Government is resorting to lies at an hour of crisis.

The Senior CPI-M leader taking a jibe at BJP Government said, "Lies, more lies, and false claims, these are the hallmarks of this government. It is very, very unfortunate that Prakash Javadekar is saying so when people are struggling to get vaccinated. He has made a mockery of insecurities that people are facing today."

Karat stated that Centre has not learnt from its mistakes even though the country is facing a 'humanitarian crisis" due to failed government policies.

The whole country is facing a shortage of vaccine supply, many vaccine centres around the country are shut, claimed Karat. She further noted that statistics of the CoWIN application show that at the highest two million people are getting vaccinated each day, which is not sufficient to complete the drive by the end of 2021. Karat also mentioned that head of the vaccine expert committee has also acknowledged the shortage of vaccine supplies in the country.

READ | India to be fully COVID vaccinated in 2021: Javadekar tells Rahul to redirect his concerns

She added, "If you want to cover 65-70 percent of the population above 18 years, you need to vaccinate at least nine to ten million people a day."

Union Minister Prakash Javadekar claimed that India is sufficiently continuing its vaccination drive and will be able to complete vaccinating its entire population by the end of 2021 post to Rahul Gandhi`s allegation on the incompetency of the Government. Rahul Gandhi at a press conference claimed that India has no vaccination strategy and the country will not only face the third but many more waves as it is poorly performing. He further stated that only three per cent of the entire population is vaccinated, whereas 97 per cent remain prone to infection.

Replying to Gandhi`s statements Javadekar via his Twitter handle claimed that India is the second country that has successfully completed vaccinating 20 crore people.

The Union Minister further alleged that the controversial toolkit has been created by Rahul Gandhi since he is using the same strategy of instilling fear amidst people. Javadekar further criticized Gandhi for the poor vaccination performance in congress-led states.