An average 8.56% votes were cast in the first two hours of polling in the by-election to Azamgarh and Rampur Lok Sabha seats on Thursday. Over 35 lakh people are eligible to vote in the bypolls and will be deciding the fate of 19 candidates. 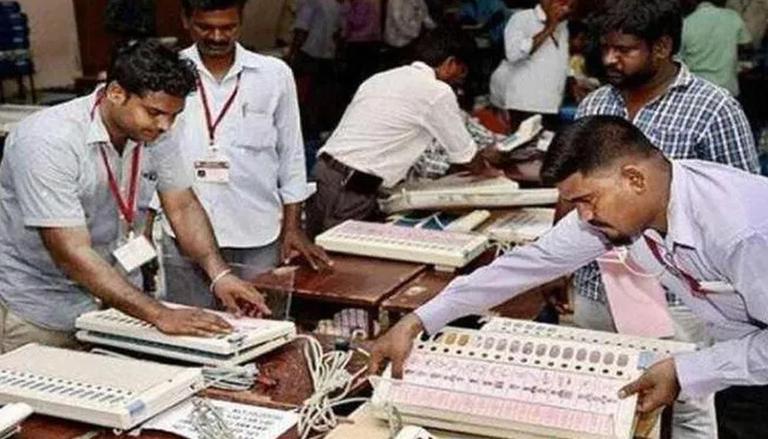 
An average 8.56% votes were cast in the first two hours of polling in the by-election to Azamgarh and Rampur Lok Sabha seats on Thursday. Over 35 lakh people are eligible to vote in the bypolls and will be deciding the fate of 19 candidates.

Both these seats are considered the bastions of the opposition Samajwadi Party (SP) in the state.  The bypoll to the Azamgarh seat was necessitated by the resignation of SP chief Akhilesh Yadav, who was elected to the Uttar Pradesh Legislative Assembly as an MLA in the elections earlier this year.  The Rampur seat was vacated by senior SP leader Azam Khan, who too was elected to the state assembly.   The polling which started at 7 am will continue till 6 pm, the office of the Chief Electoral Officer said here.

According to a statement issued by the Election Commission, two general and as many expense observers have been deputed by it to keep an eye on the polls.

Besides, 291 sector magistrates, 40 zonal magistrates and 433 micro-observers have been deputed, it said.

For ensuring security and peaceful conduct of the polls, adequate number of central and state forces have been deployed. The responsibility for the security of electronic voting machines (EVMs) and strongrooms has been given to central forces.   According to officials, 13 candidates are in the fray from Azamgarh, where 18.38 lakh people are eligible to vote. Six candidates are contesting from Rampur, which has 17.06 lakh voters.  From Rampur, the BJP has fielded Ghanshyam Singh Lodhi, who recently joined the party, while the SP has fielded Asim Raja, handpicked by Azam Khan. The Mayawati-led BSP is not contesting from Rampur.

All four assembly constituencies -- Azamgarh, Mubarakpur, Sagdi, Gopalpur and Mehnagar -- falling in this Lok Sabha seat were won by the SP in the recent assembly elections.  During the 2019 Lok Sabha elections, there was an alliance between the SP and the BSP, and Akhilesh Yadav had won easily, getting 6.21 lakh votes against BJP's Dinesh Lal Yadav  Nirahua', who had got 3.61 lakh votes.

While central BJP leaders remained absent from campaigning this time, Uttar Pradesh Chief Minister Yogi Adityanath sought votes for the BJP candidates on the two seats.  Akhilesh Yadav and his wife Dimple did not campaign in the bypolls.  In the 2019 Lok Sabaha elections, Azam Khan had received 5,59,177 votes, whereas BJP candidate Jaya Prada got 4,49,180 votes and Congress candidate Sanjay Kapoor lost his deposit.