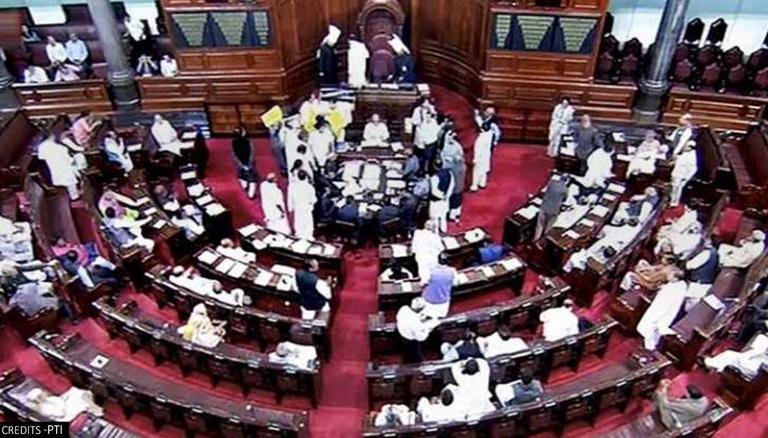 
After an intense session on Monday, the Lok Sabha passed three major bills without any discussion, after resuming at noon. The passing of the bills was severely protested by the Opposition which caused an uproar in the House. Several leaders were seen protesting against the Central government for 'murdering democracy' in the House.

Bills passed in the Lok Sabha

The first bill passed in the House by Finance Minister Nirmala Sitharaman was the Limited Liability Partnership Bill, 2021 aims to amend the Limited Liability Partnership Act 2008 and will decriminalise 12 offences under the Act and will help to ease the business in the country. The next bill moved by the FM Sitharaman was Deposit Insurance and Credit Guarantee Corporation Bill, 2021 will provide cover to 98.3% of all deposits and in terms of the deposit value. The third bill Constitution Order Bill was also passed without any discussion. The Bill proposes to provide states with the power to identify social and economically backward classes.

Later, the House was again adjourned till 2 PM due to unstoppable disturbances created by opposition despite being told to participate.

The Parliament Monsoon Session began on a disturbing note on July 19, due to the continuous ruckus created by the opposition over issues including the Centre's three farm bills, Pegasus snooping row, COVID-19 management and many more. The Monsoon Session had commenced on July 19 and is scheduled to continue till August 13.

Earlier on Wednesday, six TMC MPs were suspended from the Rajya Sabha after they created a ruckus in the morning over the Pegasus spying issue. On the other hand, Farmer Unions and Opposition leaders have also held demonstrations outside the Parliament demanding to scrap the Centre's three contentious farm bills. Due to such uproars, both Houses have been facing several adjournments.