As the London Property brings back sleepless nights for Robert Vadra, the Delhi High Court on Friday fixed a time frame of 3 weeks for him to file his response 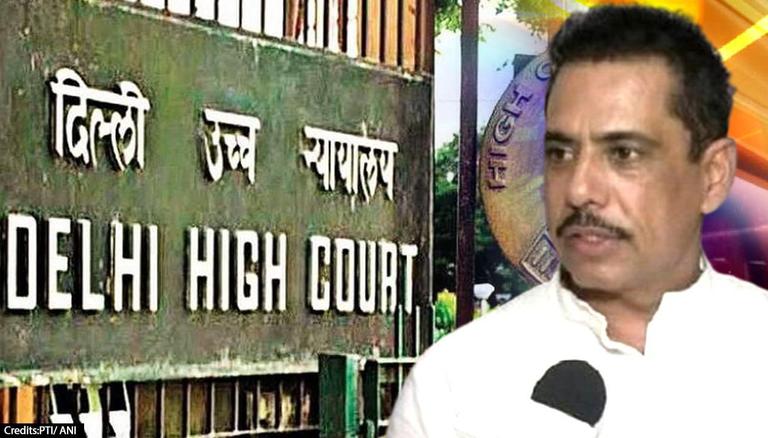 
As the under-scanner London Property brings back sleepless nights for the Congress president's son-in-law Robert Vadra, the Delhi High Court on Friday fixed a time frame of three weeks for Vadra to respond to the notices sent to him by the Income Tax Department in probe relating to the alleged violations under the Black Money Act.

A division bench of the high court presided over by Justices Rajiv Shakdar and Talwant Singh placing the matter for further hearing on August 10, the court also allowed the Income Tax (IT) Department to carry out its assessment proceedings, however, it has asked them not to pass a final order.

"He has sought 15 adjournments...For two-and-a-half years he hasn't shown his endeavour to dispose of the matter...and now after three years he points out issues?" SG Tushar Mehta argued.

"By saying that two days and three days are being given to respond to the reply, Vadra has tried to show that government is acting mala fide, the notices were first sent in 2018 what was he doing till now?" the Solicitor General said further.

The submissions by the senior law officer of the government came in after Vadra's counsel and senior Advocate Abhishek Manu Singhvi argued that sufficient time is not being given to respond to the petition.

Singhvi argued that the basis of the notices are documents of Sanjay Bhandari, the statement given by Manoj Arora, who is said to be Vadra's close aide, and foreign enquiries and 18 e-mails.

"The department has not even supplied me all the documents," Robert Vadra's counsel told the bench.

Robert Vadra, the son-in-law of Congress chief Sonia Gandhi, sought to declare as illegal and unconstitutional the 2018 and 2019 notices as well as a showcause notice issued to him on May 7 this year as well as May 17 and May 22 letters being violative of Article 14, 19 and 21 of the Constitution.

Section 10 (1) of the Black Money (Undisclosed Foreign Income and Assets) Act, 2015 provides that the assessment officer, on receipt of information from income-tax authority or any other authority, may serve a notice on any person requiring him on a specified date to produce such accounts or documents for the purposes of this Act

The Income Tax Department's notice under Black Money Act was sent first in 2018. The IT Department had alleged that pursuant to an Income Tax raid on Sanjay Bhandari evidence has been found that allegedly showed that though Sanjay Bhandari had sold a property located at 12 Ellerton House, Bryanston Square, to one Skylite Investment FZE (UAE), which is still owing the property

The IT Department has alleged that the London Property sold by Bhandari was owned by Vadra. "It was stated urther alleged that from the analysis of the material seized in the course of search on Sanjay Bhandari that the elaborate renovation work on the said property was undertaken under the supervision of Vadra," the plea states.

It was further stated that the aforesaid London Property was beneficially owned by the Vadra and was for his use and benefit.

The tax watchdogs also say that an amount of 67,189 GBP was the Petitioner's capital expenditure on the renovation of the said London Property.

READ | 'Will donate for Ram Mandir the day I see collections for all faiths': Robert Vadra

Pursuant to its earlier notices, a show-cause notice was issued by the tax watchdogs to Vadra on May 7.  "In the said Show Cause Notice reliance is once again placed on the materials recovered during the Income Tax raid on Sanjay Bhandari to allege that Vadra is the owner of the London Property which was purchased on his behalf for 1.9 Million GBP on 17.06.2010," it said.