Made Allegations Against Irani, Family On Goa Restaurant Based On Their 'acknowledgement Of Connection', Cong Leaders To HC

congress leaders have told the Delhi High Court that they had made allegations against Union Minister Smriti Irani based on multiple and repeated positions taken by her and her family allegedly "acknowledging the ownership or connection" with a restaurant in Goa. 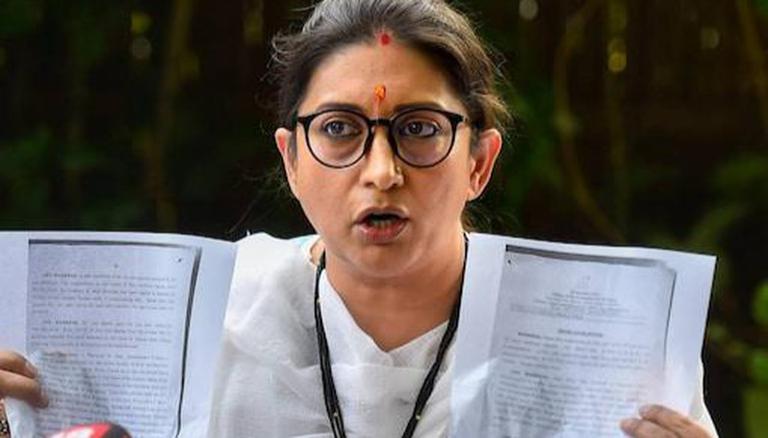 
Congress leaders Jairam Ramesh, Pawan Khera and Netta D'Souza have told the Delhi High Court that they had made allegations against Union Minister Smriti Irani based on multiple and repeated positions taken by her and her family allegedly "acknowledging the ownership or connection" with a restaurant in Goa.

The Congress leaders, in a common written statement filed in response to Irani's defamation suit against them, claimed they made a "fair comment" in public interest and it was the moral and constitutional duty of the Opposition to hold members of the ruling government to account.

Irani has filed the suit against the Congress leaders for allegedly making baseless and false accusations against her and her 18-year-old daughter.

The Congress leaders alleged that the suit was an “abuse of process of law” and the minister deliberately and knowingly suppressed documents, information and linkages and intentionally placed distorted and concocted facts before the court.

The statement said the BJP leader has miserably failed to show any pre-planned conspiracy being hatched by the Congress leaders.

“The answering defendants (Congress leaders) had made the allegations based on multiple and repeated positions taken by the plaintiff (Irani) herself and her family acknowledging ownership/ connection with …. (restaurant).

"These declarations have been in the public domain for several months and the plaintiff has taken absolutely no steps to correct this record if it was incorrect. In fact, to the contrary the plaintiff has shared social media posts and endorsed the content,” it said.

The high court, on July 29, issued summonses to three Congress leaders on the civil defamation suit and had also asked them to take down tweets and other social media posts on allegations levelled against the union minister and her daughter.

The Congress leaders said despite the various misleading statements in the plaint, it is pertinent to mention that the plaintiff herself has admitted to the existence of “an old social media post” which "very conveniently has been suppressed" from the court.

It is this “social media post” and other relevant material available in the public domain, which draw a clear connection between the subject matter restaurant and the plaintiff and her family members, the written statement said.

“The statements made by answering defendants, clearly fall within the ambit of 'fair comment,' as the statements were made in public interest and in relation to a public issue, that is, a restaurant being operated on a licence renewed in the name of a deceased person and being obtained through fraudulent means.

The Congress leaders submitted that Irani, the Minister for Women and Child Development, did not have any prima facie case to seek the ad-interim stay and the balance of convenience also does not lie in her favour as she has “clearly misled” the court and in the process “tried to throttle the answering defendants from voicing their concern on matters of public importance”.

“It is humbly submitted that the answering defendants are also citizens of India, and they expect the Council of Ministers advising the Prime Minister to be above-board and not indulge in illegal activities. In view of the same, the defendants raised questions which till date remain unanswered,” the statement said and sought dismissal of the suit and also to award the cost of the suit in their favour.

The high court had earlier noted in its order that Irani and her daughter are neither the owners of the restaurant in Goa nor they ever applied for licence for food and beverages at the eatery, as alleged by the Congress leaders in a July press conference.

The court has also passed an interim injunction directing the Congress leaders to remove from social media the allegations made against Irani and her daughter.

The court said in case the defendants fail to comply with its directions to remove tweets, retweets, posts, videos and photos from social media in relation to the allegations made against Irani, and her daughter within 24 hours, social media platforms Twitter, Facebook and YouTube shall take down the material.

Irani's action came after the Congress targeted her daughter Zoish Irani and demanded the sacking of the minister.

The Union minister approached the court after the Congress leaders failed to respond to the legal notice sent to them by her.