The Madhya Pradesh Chief Minister was promoting a scheme called "Jai Kisan Wrin Maafi Yojana". In the picture, Kamal Nath can be seen handing over the documents of the loan waiver to an old woman, and the woman is praising the lady. However, the picture shows three hands of the lady.

Taking a dig at the error, Shivraj Singh Chauhan wrote on Twitter,

"Kamal nath ji, whose is this third hand?" 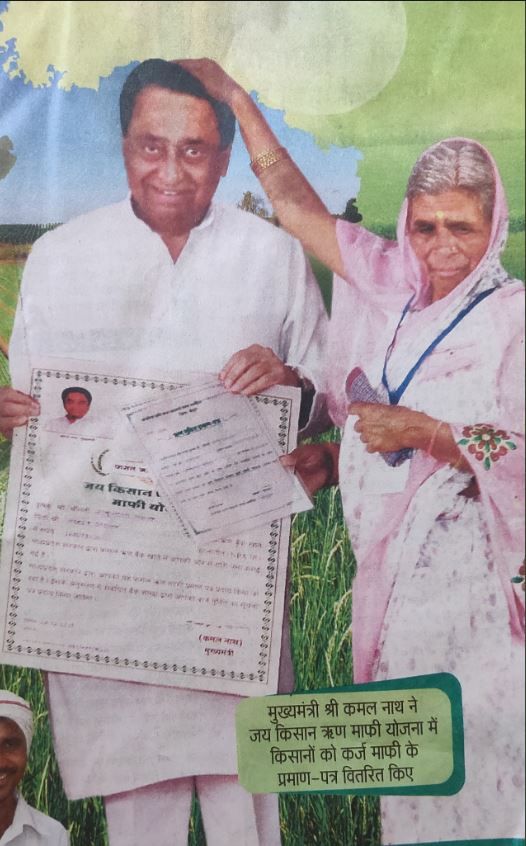 He faced backlash from the netizens:

Meanwhile, it was revealed that the third hand was of a minister and the picture had been cropped from another picture. Here it is: