Protests broke out in Maharashtra as former Congress President Rahul Gandhi was summoned for the third time by the Enforcement Directorate on Wednesday. 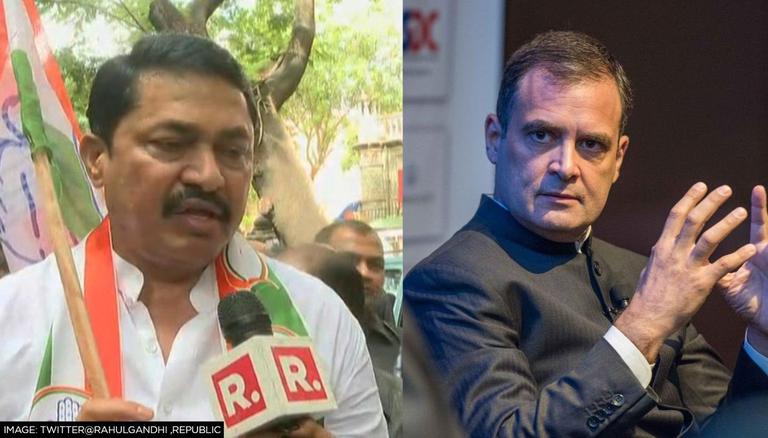 
Congress president of Maharashtra, justifying the protests in the state, said that the protest was against the alleged atrocities of the central government, as Rahul Gandhi is being grilled by the Enforcement Directorate on Wednesday.

Speaking exclusively to Republic TV, Nana Patole highlighted that this was the third day of Gandhi being questioned by the ED in what he called a 'fake money laundering case'. Patole reasoned that Gandhi had always raised his voice against the wrong strategies of the government, raked a fight over it, and false allegations have hence been levelled. He alleged that ED has been left loose, 'just to harass him'.

"The police have gheraoed the headquarters of the Congress, and are manhandling our leaders staging dharna," he said, taking the case of Delhi and went on to add, "The information on these things needs to be spread to the nook and corner of this country, for a plot has been hatched to end democracy in this country. If democracy ends Congress will not keep quiet, and the party will fight."

'Protests are not going to stop'

The Maharashtra Congress president further said, "And the day after (June 17), we will take the demonstration to every district of the state."

"The way the central agencies working on the whims and fancies of Modi, Shah, is unacceptable, and we will make sure that the common people get to know about it," he further said.

#BREAKING | Maharashtra Congress Chief Nana Patole questions ED action on Rahul Gandhi, says 'we will agitate in every district of the state day after tomorrow'.

The Gandhi scion is under the scanner of the ED in a money laundering case linked to the National Herald and was questioned on Monday as well as Tuesday. During the questioning, Republic learned that the Member of Parliament was shown documents pertaining to his shareholding in Young Indian Private Limited, and specific financial transactions involving Associated Journals Limited, and was asked to go through them.

Sources also informed Republic that the Parliamentarian from Wayanad was then asked about his involvement in these companies' operations. However, the answers and explanations given by the 51-year-old were not satisfactory, and it appeared that he was tutored by his lawyers on how to answer and avoid certain aspects, sources said.