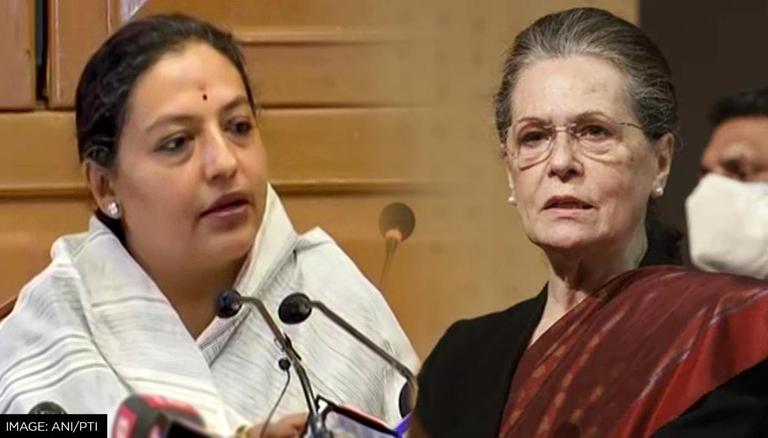 
Sparking a major row on Wednesday as ED questioned Sonia Gandhi, Maharashtra Congress MLA Yashomati Thakur warned of a law and order situation. She served as the Minister for Women and Child Development in the erstwhile Uddhav Thackeray-led MVA government. Speaking to the media, she asserted that Congress leaders will never let their leaders down and accused the Centre of misusing central investigative agencies and the judiciary for political purposes.

Congress leader Yashomati Thakur said, "It is so surprising that the Constitution is being shattered every day in and out. Their central agencies are being used for political purposes and politicization. Even the judiciary to a large extent seems to have gone in that way. If at all anybody touches Sonia Ji, we will not stay quiet. There will be a law and order situation. We will never let our leaders down and we will never tolerate anything going against them."

Constitution is shattered everyday, central agencies being used for politics, even judiciary is going that way to large extent. If anybody touches Sonia Gandhi, we won't stay quiet, there'll be lawℴ situation we'll never let our leader down: Congress leader Yashomati Thakur pic.twitter.com/ucrHbF2lhQ

In 2013, BJP Rajya Sabha MP Subramanian Swamy filed a private criminal complaint wherein he accused Sonia Gandhi, Rahul Gandhi and others of conspiring to cheat and misappropriate funds. He specifically highlighted that Young Indian Pvt. Limited paid only Rs.50 lakh to obtain the right to recover Rs.90.25 crore that Associated Journals Limited (AJL) owed to Congress. On December 19, 2015, the Gandhi mother-son duo got bail on furnishing a personal bond of Rs.50,000 each and a surety after the court ruled out apprehension that they will flee the country.

In February 2021, the Delhi High Court issued notice to the Gandhis seeking their response to Swamy's plea seeking to lead the evidence in the matter before the trial court. However, they contended that the plea by the BJP parliamentarian was "misconceived and premature". The ED registered a case under PMLA after a trial court in Delhi took cognizance of the Income Tax probe against Young Indian Pvt. Limited. In 2015, the investigation wing of the I-T department submitted a detailed Tax Evasion Petition against some persons including Rahul Gandhi.

It alleged that the Lok Sabha MP concealed the information that he was the director of Young Indian Pvt. Ltd and one of its largest shareholders while submitting his I-T returns for 2011-12. While the Congress president was originally summoned by the ED on June 8, her appearance date was pushed forward to June 21 after she tested positive for COVID-19. After being questioned for nearly 6 hours on July 26, she appeared before the ED on Wednesday as well.