Former Maharashtra CM Devendra Fadnavis on Monday slammed the state government for holding a "curtailed" Winter session of the Assembly from December 22-28. 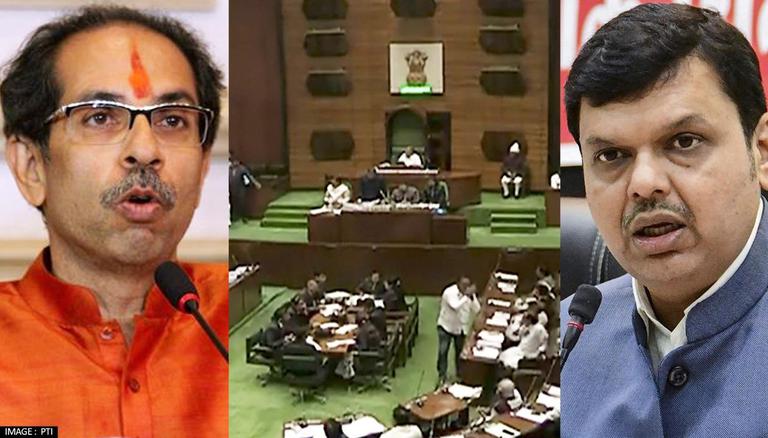 
Former Maharashtra CM Devendra Fadnavis on Monday lashed out at the state government for holding a "curtailed" Winter session of the Assembly from December 22-28. State Parliamentary Affairs Minister Anil Parab had stated that a total of 12 bills including an appropriation bill will be tabled in this session. Speaking to the media after the meeting of the Business Advisory Committee, the Leader of Opposition in the Maharashtra Assembly demanded that the session should resume in January after taking a short break from December 29-31.

BJP leader Devendra Fadnavis remarked, "The meeting of the Business Advisory Committee concluded. In line with this government's approach of not conducting the Session, this time also they are going to have a curtailed 4-5 days session. Out of the 5 working days, the first day is spent on obituary references. So this is a session for 4 days. A decision has been taken to allocate only one day for the discussion and passage of supplementary demands. We demanded an extension of this session."

"We told them that you can take a break of three days and hold a session again. Who has stopped you from doing this? So, this session can be held in January for 5-7 more days. But the mindset of the government is to not hold the session. It can't face questions. After my insistence, they assured us that we will hold another BAC meeting on 23rd (December) and discuss whether it can be extended," he added.

On this occasion, Fadnavis also expressed displeasure over the fact that even unstarred questions haven't been answered in the last two years. He said, "The dignity of this state Assembly is on the wane. You don't require a Session to answer unstarred questions. When these questions are raised, action is usually taken". Moreover, he cried foul over the fact that the Winter session is being conducted in Mumbai instead of Nagpur. Speaking on the performance of the Uddhav Thackeray-led MVA government on completing two years in power, the ex-CM quipped, "There is a government but there is no governance".

The BJP leader asserted, "It was our demand that the session must be held at Nagpur as the session hasn't happened at Nagpur in the last two years. The people in Vidarbha feel that they are being cheated. The Session is not being deliberately held there. The state government informed that the CM is in hospital and he can't travel by plane this month. We took a positive stance after the government's request as it will be a problem if the CM can't attend the session. But we demanded that the March session should be held in Nagpur."