On June 27, the SC issued a notice to the deputy speaker, seeking his response on the plea filed by the Eknath Shinde camp against the disqualification notices. 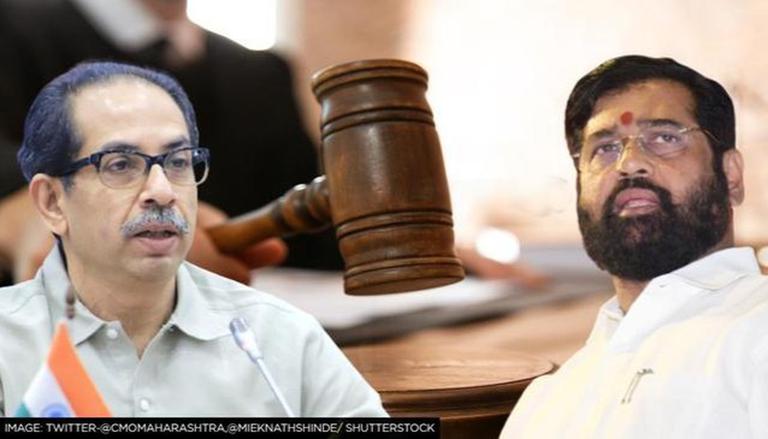 
Ahead of the big hearing in the Supreme Court over the political crisis in Maharashtra on July 11, Uddhav Thackeray's faction of Shiv Sena filed another petition on July 10. In the petition, the faction's chief whip Sunil Prabhu told the apex court, 'Eknath Shinde separated in the greed of CM post'. This was filed in response to an affidavit filed by the Eknath Shinde faction against the disqualification notices.

Sunil Prabhu said to the SC that the allegations levelled by the rebel group are "completely false, unfounded'. Prabhu also stated that disqualification proceedings should be initiated against 16 MLAs of the Shinde faction.

On June 27, the SC issued a notice to the deputy speaker, seeking his response on the plea filed by the Eknath Shinde camp against the disqualification notices. The SC will hear this plea on July 11 along with the other petitions regarding the Maharashtra crisis.

The Supreme Court on July 8 posted for hearing on July 11 a plea filed by the Uddhav Thackeray's faction of Shiv Sena, challenging the Maharashtra Governor Bhagat Singh Koshyari's decision to invite Eknath Shinde to form the government and also the Speaker's election and floor test. A vacation bench of Justices Indira Banerjee and JK Maheshwari posted the matter for hearing on July 11, along with other pending pleas. Mentioning the matter for hearing, senior advocate Devadatt Kamath said the plea challenges the decision of appointing Eknath Shinde as the Chief Minister of Maharashtra and asked that the fresh plea be heard on July 11 when other matters are coming up for hearing.