Raj Thackeray's wife Sharmila Thackeray on Thursday spoke about the recent major developments in the Maharashtra Navnirman Sena (MNS) party. Speaking about the party's new flag launch, she said, "I think Raj has taken all castes into consideration for establishing a 'Swaraj', he has taken the inspiration and launched the new flag."

Raj Thackeray's son, Amit Thackeray on Thursday entered mainstream politics. This comes at the time when Raj Thackeray's MNS is eyeing to revamp the party and adopt the Hindutva ideology, to fill the vacuum left by cousin Uddhav Thackeray's party- Shiv Sena in Maharashtra.

Speaking about it, Amit Thackeray's mother said, "I am very happy. When Amit Thackeray's name was announced, I got goosebumps. I felt very good. He was working since the past two-three years. I thank all the Netas for giving Amit the post."

Read: Sena leader hits back at MNS on 'Maha-Khichdi' remark, says 'We are bitter Shiv Sainiks'

On the changing agenda of MNS

Speaking about the speculations over the changing ideology, Sharmila Thackeray said, "I think instead of running behind a post, we should work for the welfare of the people. Our agenda has never changed. We were Hindus before, we are Hindus even now. Our Hindutva was the same that we get all castes together and work, and we will still do the same."

The new saffron flag signifies a major shift in the party's ideology. Just a few days before the rally, MNS carried out new posters and videos of the party, hinting towards a major ideological shift towards hardline Hindutva. The posters which have been put across Mumbai have a map of Maharashtra painted in saffron with lines that read 'Thought about the ideology of Maharashtra, resolve to create a Hindavi Swaraj’.

Further, MNS General Secretary Shalini Thackeray tweeted a video in which Raj Thackeray can be heard making a pitch for Hindavi Swaraj. In another video, Thackeray can be heard saying that, "A leader from Communist Party, Samajwadi Party, a party following Hindutva ideology or any other party, all of them look up to Chhatrapati Shivaji Maharaj as their ideal."  According to reports, it is likely that Raj Thackeray will make a formal announcement regarding the party's stance after or during the rally.

The flag launching ceremony was held at NESCO Ground in Mumbai's Goregaon. Raj Thackeray launched the flag in the presence of his party workers. 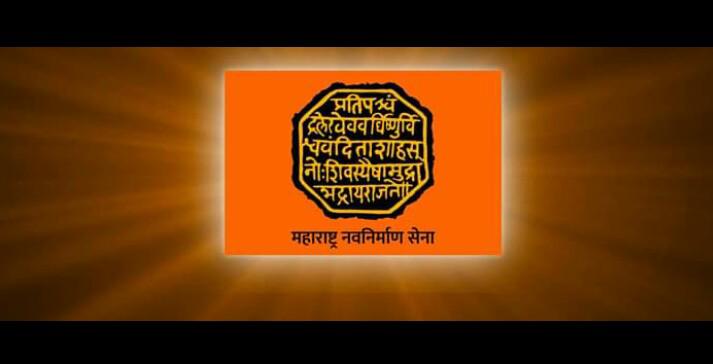