'Mahua Moitra Will Join Us In 2 Years,' Claims BJP On Video Of Mamata Reprimanding TMC MP

BJP slammed the Trinamool Congress chief Mamata Banerjee on Saturday and stated that the TMC doesn’t value good leaders and rather uses them for its own good. 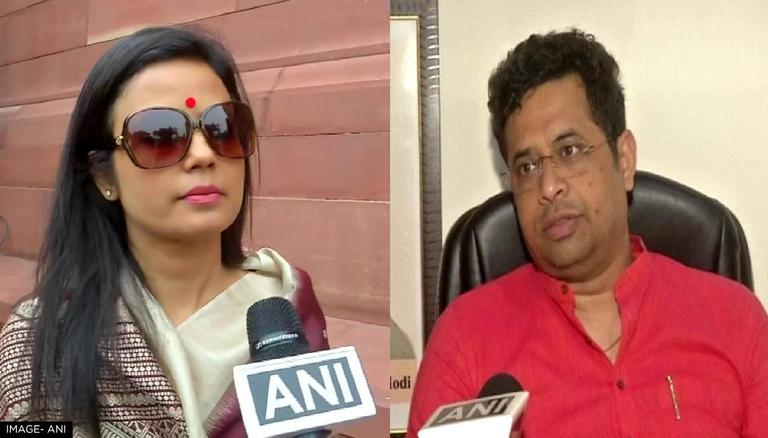 
BJP on Saturday launched a scathing attack at the Trinamool Congress supremo Mamata Banerjee stating that the TMC doesn’t value good leaders and rather uses them for its own good. The remarks made by the BJP MP Saumitra Khan came in the light of a viral video, where Mamata Banerjee was seen criticising TMC MP Mahua Moitra.

Bashing the Trinamool Congress, the BJP MP alleged that the party doesn’t value Mahua Moitra and will never give her a ticket, and in the coming two years, TMC’s fierce leader will join the Bharatiya Janata Party.

Reacting to the viral video, he said, "Only the position of her nephew can remain forever. Mahua Moitra speaks well, she is progressing which Mamata is not liking. Moitra will have to join the BJP after two years to contest the elections. We are waiting for it and we will see it happening." "She will not be able to stay in TMC for long,” he added.

Khan went on to say that Mamata Banerjee exploited former Rajya Sabha MP Arpita Ghosh. Earlier this year, Ghosh was asked to resign from the Rajya Sabha to vacate the seat. The BJP MP said, “Earlier, Arpita Ghosh was a good MP from TMC, they removed her too because Mamata uses people. Moitra will not be able to get a ticket from TMC after two years."

Saumitra Khan further slammed the TMC supremo for not rewarding the able leaders of her own party. Mamata cannot accept emerging leaders from her party, according to the BJP MP, and has a policy of pulling back anyone who outshines TMC National General Secretary Abhishek Banerjee.

"One can only be a worker in TMC, not a leader. Moitra has an identity in the Parliament, whereas Abhishek Banerjee does not influence the Parliament. Mamata Banerjee has this policy to pull back the ones who race ahead of Abhishek Banerjee. This is the reason why we had left TMC. This is one of the reasons that nobody would be able to become a leader in TMC," Khan added.

In the aforementioned video that went viral, Mamata Banerjee allegedly criticised Moitra, saying that the party will select who will run in the polls and who will not and that one individual cannot stay in one position for long. She added that there should not be any differences of opinion within the party.

Am hearing this on a loop. Mahua Moitra's face is worth a watch. 😂😂 pic.twitter.com/GOpFupNdFn